After being married for 50 years, it’s time to experiment with legal highs

Having been married for nearly 50 years, with three grown-up children and seven adorable grandchildren, I have decided that it is time to let my hair down and experiment with some legal highs. However, there are so many to choose from its hard to know where to start. I hear that a decent hit of Cillit Bang gives you a mental head rush and makes you think youre an octopus for thirty seconds, but Dolly from bridge club says I should start off on something less intense, like Baby Bio. Any recommendations?

Back in the cold war days when it was law for everyone to wear a communist uniform called a shell suit, people were so bored of watching repeats of Allo Allo of an evening that they started crying out for chemical stimulation to cheer them up. A young entrepreneur and hedonist called Zammo Maguire answered their calls for help by inventing what we now know as drugs. However, Zammo got carried away and took too many of the drugs and consequently ended up on the methadone programme with a number one pop song. His message to young kids of the time was clear: Just Say No. As a result of this, people started taking more and more drugs than ever before, and having loads of fun in the process. Unfortunately, you cant have fun in this world unless you pay the government loads of tax to do so, which is why drugs are now banned, and people are having to resort to household substances for their recreational side effects. My advice to you is drink seven pints of Lucozade and then try to get a whole tube of fruit gums in your mouth at once and youll feel like youre floating on air. 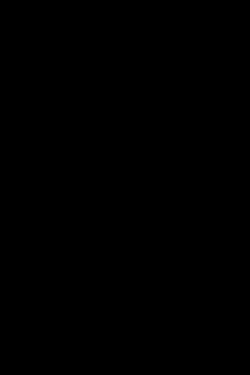 THE Daily Mail today pledged it would die before surrendering the right to publish photos of Seraphina Affleck. Editor Paul Dacre said a truly democratic society was built on the fundamental principle that the people, via a free press, had the right to hold the Good Will Hunting star’s two year-old daughter to account.

He added: “If we did not publish photos of Miss Affleck three of four times a week then she would inevitably become complacent and corrupt.

“It is only though constant scrutiny of her trips to the park that can we protect Britain against tyranny.”

Dacre also said that statutory regulation of the press could allow six year-old Suri Cruise to ‘literally get away with murder’.

Defending the ‘incorruptible telephoto lens of toddler accountability’, he added: “Because of state-sponsored walls, doors and curtains we are unable to photograph Miss Cruise every single minute of the day.

“How many has she already killed?”

Dacre, who has been backed by the brave editors of the Sun, Heat magazine and the Spectator, warned that without a free, self-regulated press, Reese Witherspoon’s infant son would no longer have to answer probing questions about his little outfits.

He said: “We face the prospect of shady deals in smoke-filled rooms that will result in a tiny pair of dungarees.”