APPRECIATORS of super strength lager’s complex flavours feel they are being victimised by the government.

The introduction of a minimum alcohol unit price has enraged those who appreciate powerful, reasonably priced lager on a purely aesthetic level.

64-year-old bon viveur Stephen Malley, of no fixed abode, said: “There is a stigma attached to lager of a strength above 8%, that it is the preserve of so-called ‘pissheads’.

“But the joy of Super T is in the delicate aroma. It’s subtly autumnal with a woody undercurrent, so evocative.

“Flavourwise it is a mass of delicate complexity. So many different notes coming through – a hint of peach there, perhaps the subtlest whiff of – could that be cinnamon?

“Special Brew, by comparison, is a more robust flavour somewhat redolent of the Highlands.

He added: “May I ask, do you have some change? Perhaps a pound. I need to avail myself of a bus.”

Tolkien fans not arsed whether The Hobbit is loyal to book 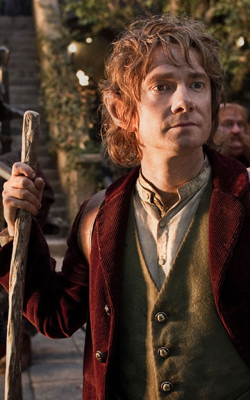 AS Peter Jackson’s The Hobbit premieres, Tolkien’s easygoing fans are definitely not interested in picking holes in it.

Although JRR Tolkien has millions of devotees worldwide, they’re all very socially well-adjusted and too busy having sex with attractive partners to moan about tiny ‘inaccuracies’ in the new film.

36-year-old Julian Cook, who dressed as Gandalf to stand for hours in the crowd outside the premiere screening, said: “Like all fans, I am passionate about Middle Earth but also don’t see it as my personal property.

“I mean, I do like The Hobbit but at the end of the day it’s just another adventure story. When you think about it, these things are ten-a-penny.

“So I’d be fine if Peter Jackson’s film isn’t much like the book. For example if instead of being a dragon, Smaug was a massive horse.”

26-year-old Emma Bradford, who was dressed up as some sort of elf, said: “When I go to fantasy conventions, I find the people there are really good at keeping their hobby in perspective.

“You never get the sense that Middle Earth is an unhealthily big deal to them.

“There’s no way they’d ever sit in the audience of The Hobbit muttering ‘Bofur would never wear a jerkin like that’ in a smugly outraged voice, or tut at Ori the dwarf’s accent, then go home and write enraged messages on dozens of internet forums while crying.

“Personally I wouldn’t be bothered if Peter Jackson made Middle Earth into a spaceship. It’s only a couple of hours’ harmless escapism, so whatever.