Ask Holly: How can I make living in an embassy more interesting?

I’m really REALLY bored. When I first arrived at the Ecuadorian embassy, I was secretly quite pleased to have loads of time on my hands to watch Netflix in my pants, but it only took me about three weeks to watch all the decent stuff. The other day I was so desperate I watched Eat Pray Love and contemplated going outside to be arrested once and for all. Do you think it’s time to get Amazon Prime?

What you really need is a dead cat to look at. The best time ever was when we were bored hanging about the town during the summer holidays, and then word went round that there was a dead cat in the quarry. It was floating in a ditch that had filled up with rainwater. We all ran down there and poked it with a stick and threw rocks at it and then a security guard chased us away. I hope my life continues to be full of such thrilling episodes. 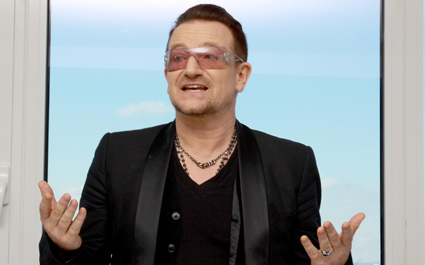 U2 FRONTMAN Bono has paid tribute to David Bowie by promising to stop singing.

The idea came to Bono after listening to the succession of increasingly brilliant albums Bowie made in the 1970s.

Bono said: “Bowie’s passing brought home what a leather-bound cockmonger I am. I am not cool or likeable and if you take away the stupid glasses I look like a postman.

“For me to carry on now would be an insult. Our plodding bilge is the absolute antithesis of everything Bowie stood for.

“I told the band they can either get a new frontman or just retire to their vast houses and do bad watercolour paintings of fruit, which is what I’m going to do.”

Bono has donated his leather trousers to charity, and now wears the River Island chinos that he has craved for years.

He said: “These chinos are so much more breathable, with plenty of give around the waistline. I feel like I’ve come home.