Ask Holly: Is 'up' really the only way?

Aspirational 80s singer Yazz claims ‘The Only Way Is Up‘. But she is a horrible liar, isn’t she?

Why is it adults are allowed to lie about EVERYTHING, especially when it comes to politics, and yet us kids are supposed to tell the truth and if we don’t then we get in awful trouble? For instance, when I told Mrs Perkins that a gorilla had stolen my PE kit she said I was dishonest and put me on the naughty table, and when I reminded her we live in a post-truth society she went all red and put me in detention. You grown ups need to practice what you preach or I’ll tell my dad, whose name is Hulk Hogan by the way.

I feel a bit sorry for myself, says woman who delivered world’s largest superpower to fascism 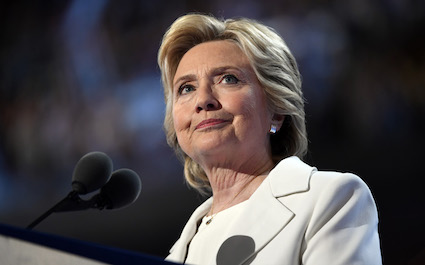 THE woman who failed to stop the world’s largest military power falling to a rabid reality TV star has admitted feeling a bit sorry for herself.

Hillary Clinton, who ran a presidential campaign so empty and entitled it allowed a tiny-eyed maniac to become leader of the free world, admitted that afterwards she felt so sad that she could not properly enjoy ice-cream.

She continued: “My husband, Bill – you remember Bill, he was president for eight years which is why I thought it was fair I should be – was worried about me.

“He was like ‘Hey, it’s a sunny day, we’re wealthy enough to survive the coming depression and not Muslim enough to get sent to the camps, let’s play some frisbee!’

“I couldn’t stop moping about that job I’d really set my heart on and didn’t want to go outside, even though rationally I knew I should before the drone-enforced curfews begin.

“But I realised that millions of ordinary Americans were literally shitting themselves and bucked myself up.

“Now I’m cheerful again and planning our retirement in Paraguay where we’ll avoid the civil war, environmental catastrophe, and famine. Life is good!”