Ask Holly: Keith Richards has been slagging us off

That Keith Richards has been going round saying Sgt Pepper was a load of shite. What a bloody cheek. Next he’ll be claiming that Magical Mystery Tour wasn’t a work of cinematic genius. I need to come up with a scathing retort, but the best Ringo has come up with so far is ‘come ‘ed, you old junkie cockwomble’. Obviously Ringo is a working class simpleton at heart and can’t be relied upon for any sort of articulate response. Any suggestions?

Why does everyone make such a big fuss about the 1960s? For starters, everyone back then was a heavy minger. They’ve all got boss-eyes and thick black spectacles, and buck teeth and no-one is being ironic or hipster about it. No one back then had ever even heard of a spray tan, probably because tans had been heavily rationed in the war. Everyone’s clothes look like they were made of curtains by someone called Fraulein Maria because Primark hadn’t even been invented and their music is a total rip-off of Oasis and Mark Ronson. It’s embarrassing really.

Moon blames its ‘dark side’ after going on bender 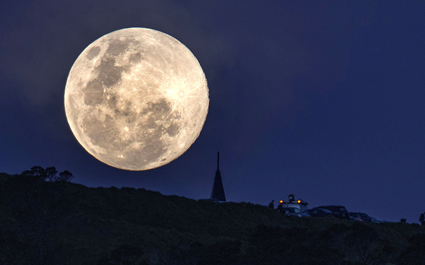 THE moon has blamed its well-documented ‘dark side’ after getting drunk for three days with its mates.

It said: “As recent NASA pictures clearly illustrate, I have a dark side. This means I sometimes do things that might be seen as stupid or irresponsible, often involving booze, because I can’t help it.”

The moon recently disappeared for 72 hours with its friends Venus and Jupiter, leaving its girlfriend Mars concerned and unclear of its whereabouts.

It added: “I’m like a character in True Detective, or Ben Affleck – a brooding mass of contradictions that struggles to reconcile the good and evil parts of its character.

However Mars said: “I could smell other female space rocks on him, I’m not stupid.

“He says he just gets a little crazy when he’s in eclipse, but he needs to sort his shit out.”