Apparently hardly anyone wants to listen to me on the radio, even though I work so hard discussing pointless drivel with myself for hours on end interspersed with soul-destroying tracks by Coldplay and Michael Buble. What’s everyone’s problem?

My dad’s had a great idea for Channel 4’s new direction with Bake-Off. Instead of all this old lady nonsense about Victoria sponges and gingham and witty lesbians, the new version should be called ‘The Great British Man-Off’ and it’ll be a load of competitive middle aged blokes being bawdy and doing manly stuff like re-sealing the bath and shouting at the radio and getting frustrated with tools. Everyone on the show will be worried about going bald and every episode will end with an embarrassing scuffle in a pub car park. 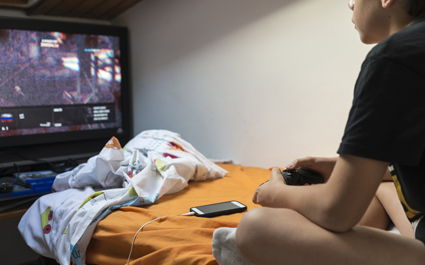 PLAYING Red Dead Redemption until dawn is not a recognised medical condition, doctors have confirmed.

Increasing numbers of under-21s have self-diagnosed as insomniacs thanks to their reluctance to sleep while there’s zombies to be shot.

Nikki Hollis, a GP, said: “I used to think I suffered from insomnia as a student, but it turns out I was just raving until 6am four nights a week. The problems went away when I stopped.

“Being unable to sleep is quite different to not sleeping because you are doing fun stuff and cannot delay your gratification to a more civil hour.”

Student Wayne Hayes said: “Sometimes I’m tossing and turning all night long trying to complete a dynastic alliance with Aquitaine in Crusader Kings 2. And other times I haven’t slept a wink because I’m chasing promotion with Barnet in Football Manager.

“I’ve been self-medicating with crisps and cans of Monster, which has alleviated the worst of the symptoms, but I really think I need to be signed off college for a week or two until I’ve won the Champions League.”