THE joint winner of a £1000 jackpot on BBC series Pointless has said that he will not let his new wealth change him.

Norman Steele, who won £500 after splitting his prize with workmate Tom Booker, will even keep his current job as a postman.

He said: “I could have earned a million pounds on some fancy ITV game show, but doing it on the BBC means so much more.

“It’ll be cab there and cab home, which will set me back another £75, and, of course, a slap up, three-course meal for two at Pizza Express with several glasses of house white.

“On the way home, I’ll visit our local and buy a pint for all the regulars. No crisps, mind, I don’t want them to get ideas.

Jamie Oliver wearily wanks out yet another f**king cookbook 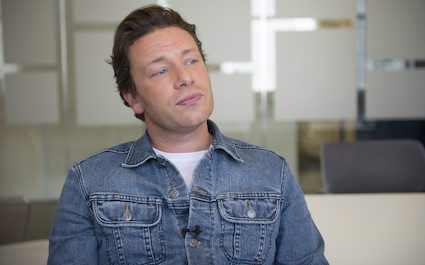 JAMIE Oliver has wearily dumped yet another book of recipes, photographs and shit onto the market.

The celebrity chef, who has been stuck in this fucking rut longer than he can remember, tiredly admitted the new book is the same old bollocks with a different cover on the front.

He continued: “I was going to skip this year because I just cannot stand it anymore.

“But then the publisher says he’s got the presses ready, and I say ‘surely I’ve done everything,’ and he’s like ‘Tesco have bulk-ordered 30,000’ and I’m like ‘well whatever’ so, once again, I’ve crapped something out.

“Near 20 years these have been coming out now. Remember when I was the Naked Chef? A lifetime ago.

“Anyway, new fucking book, buy it or don’t. You’ll never make anything in it anyway.”

Jamie Oliver’s 7 Ways: Easy Ideas for Every Day of the Week is out now from Michael Joseph, priced at £26.