We have principles but they’re incredibly weird, say Tory MPs

CONSERVATIVE MPs have confirmed they do have principles they would resign over, but that they are strange and obscure.

Following the resignation of Zac Goldsmith over the decision to expand an airport, other Tory MPs have revealed they would quit over points of principle ranging from invading Russia to Kit Kat producing a limited edition espresso variant.

Chesham and Amersham MP Francesca Johnson said: “People think just because we’re indifferent to human suffering and only love money that we don’t have principles. Untrue.

“I, for example, would have resigned in protest had the cronut not come to London before the end of 2016, while my colleague was poised to quit if Peggy Mitchell’s funeral didn’t feature a Ross Kemp cameo. You’ve got to admire that.

“We’ve had MPs willing to quit over the pasty tax, over immigration, over Stormzy not being named poet laureate – thankfully good sense prevailed, he’s announced next year – and over mice not creating traditional archway mouseholes in skirting boards any more.”

Johnson added: “And then there was the large contingent who threatened open rebellion if the UK wasn’t driven to economic suicide to satisfy their hatred of foreigners.

“But we gave in to them, obviously.”

Worker self-destructs career by eating lunch at 11.57am 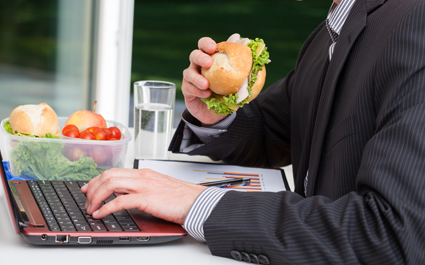 A MAN has squandered any chance of progressing at work by eating his packed lunch before midday.

Tom Booker had been a favourite for promotion after eight months of quietly efficient work at a small insurance company before he ate his chicken salad roll too early.

Line manager Nikki Hollis said: “As soon as that bap entered his mouth, he was done for.

“Three minutes before 12 is the morning. So technically that’s having a meat roll for breakfast which only someone on the fringes of society would do. He’s obviously thinking about his stomach more than he’s thinking about insurance.

“That level of impulsiveness suggests he is also a potential murderer.”

She added: “I even saw him putting crisps in the roll. Beef crisps.”

Hollis has since started considering the promotion potential of Booker’s colleague Wayne Hayes, who is systematically defrauding the firm but always lunches at the conventional time.