I’m under a lot of pressure just now to hand in a piece of work which is now overdue. Everyone’s on my back and I am starting to panic. You see, I’ve not done it, I’ve basically been fannying about – putting it off till the next day and the next, watching and re-watching Breaking Bad and finding useless things to do like cleaning the bathroom and alphabetising my CD collection and maybe having a look at the odd Taylor Swift video on YouTube. You know how it  goes. But now I’m in the shit. I need an excuse, and quick, can you help?
Yours,

Have you used up any of your dead grannies yet? As far as my teacher is concerned, both my grannies have died three times each. I usually reserve a dead granny for something really critical like a missing big piece of coursework, or sports day when I have to do the 1,000 metres. For smaller pieces of work I tend to use pet based examples: my granny’s dog Bilko has done a poo on several pieces of maths homework and my guinea pig also once shredded my essay on the water cycle because he has mental health issues. Tomorrow I have to hand in my tree diary that I was supposed to keep over the summer holidays. Unfortunately I was too busy hanging out in McDonalds everyday so I’ll be explaining to Mrs Dodkins that the tree was cut down out of respect for my poor granny, who was chased up it by an angry squirrel and subsequently fell to her death. Consequently, my diary only has one, heartbreaking entry, detailing the entire tragic episode. Genius, I know.

Smiths know deep down they will eventually reform 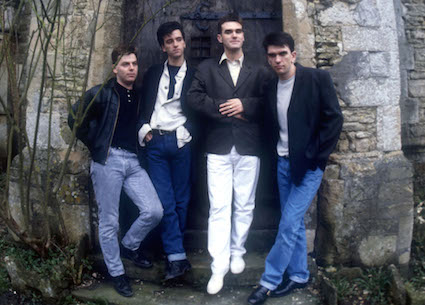 INDIE legends The Smiths have admitted they will eventually play a series of hate-filled reunion gigs.

Despite a bitter history of recrimination and legal action, the musicians wearily agreed that 14 sold out nights at the O2 Arena was sickeningly inevitable.

Lead singer Morrissey said: “I once claimed I would rather eat my own testicles than reform The Smiths. However, in my heart of hearts I know that all that awaits me is a massive cheque and a testicle sandwich.”

Guitarist Johnny Marr said the band would obviously reunite, even though they were all utterly appalled by the prospect.

Drummer Mike Joyce, said: “I’ve always resented the idea that my drum patterns weren’t as absolutely essential to the success of The Smiths as Morrissey’s lyrics and Marr’s guitars.

“However, I know that given the right amount of money the Ayatollah Khameni would French kiss the Pope. It’s the same with us.”

Morrissey added: “Even if our lawyers are up there on stage with us, we will play together. Humiliating as it is for my supposed integrity, there is absolutely no doubt about it.”