How can I grow a willy?

I’m sick of being a woman and having to do all the stuff. My husband sits on his fat backside watching programmes on the Dave channel from morning to night while I slave away in the kitchen like a sweaty, sour-faced scrubber. The only advantage to being a woman is that you get first dibs on the lifeboat, but last time I checked, my house was still on dry land. I’ve decided that the key to happiness is having a willy. How can I grow a penis?

Why on earth would you want to own a willy? For starters, you can easily get it trapped in things, like zips and keyholes and power sockets; and when you wee you have to stand up, meaning your bum must get pretty chilly sometimes. Also, anyone who has a willy has to keep touching it all the time to make sure it hasn’t fallen off, which means doing anything with two hands is difficult. I’ve never seen a willy but I’ve been told they look like a limbless Duncan Goodhew in a shiny balaclava, which is more than a little alarming, and so if one ever comes near me I’ll be sure to squish it with my shoe. 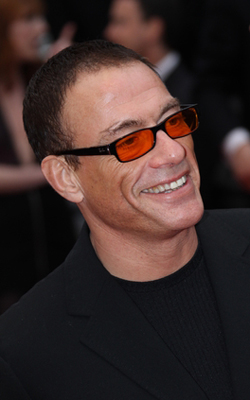 JEAN-CLAUDE Van Dammes claims of an affair with Kylie Minogue on the set of Street Fighter have sullied the classic film, according to fans.

Heartbroken cinema buffs said the alleged affair had ruined the film, which has long been regarded as one of the greatest mid-budget action movies based on a Nintendo video game.

Movie fan Tom Logan said: The magic is gone. Its like finding out Mark Hamill and Harrison Ford were doing watersports every day on the set of Star Wars.

Last night I tried watching the scene where Colonel Guile and Cammy attack Bisons secret fortress in an armoured speedboat to stop him building an army of mutant super soldiers, but it just wasnt the same.

“At this point it’s too early to tell whether it’s similarly affected my feelings towards Timecop and Universal Soldier.”

On its release in 1994, Street Fighter was describe by The Washington Post as “martial arts action. The film, which features the famous line ‘Who wants to go home, and who wants to go with me?’, currently has a rating of 13% on Rotten Tomatoes, just 87% less than Citizen Kane.

When Van Damme emerges from the wreckage of the cyborg laboratory after killing Bison with a roundhouse kick and Minogue realises hes not dead, its like Burton and Taylor in Cleopatra all over again.

A statement issued by Van Dammes agent described the actor as ‘ashamed beyond words’.