Parents praying their kids haven't succeeded at A Levels

AS A-Level results are released, Britain’s parents are hoping their children didn’t screw up their retirement plans by getting into university.

With many universities charging £9,000 tuition fees, most parents believe it would be a total nightmare if their children enter higher education.

Father-of-two Tom Logan said: “Hopefully the pressure really got to him. Because I want an Audi.

“My son is academically gifted, he wants to go to Oxford. Oxford, for fuck’s sake. I’d have to buy him a top hat, logs for the fireplace in his rooms, a rowing boat…

“The selfish little devil doesn’t seem to realise I’m nearly 50 and was hoping to move somewhere hot before I get so old my limbs fall off.”

Emma Bradford, from Norwich, said: “I tried to sabotage my daughter’s revision by bringing her pre-rolled joints and milky drinks laced with sedatives.

“And I explained to her that for every exam question she answers correctly, that’s an extra year I have to work.

“She’s hoping to study biology, yet still doesn’t understand that going to university would make her like one of those insect larvae that hatches and eats its parent alive.”

Engineer Stephen Malley said: “If my son gets the grades he needs for Durham, I’ll congratulate him with a big hug – he won’t know the real reason I’m crying – then sidle off to call the dean and tell him he compulsively smears walls with his own faeces.” 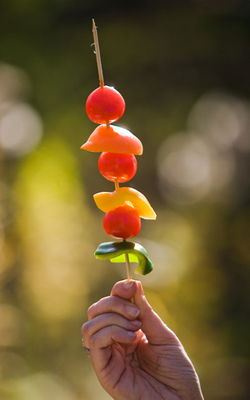 GUARDIAN readers are looking forward to fuelling their ironic barbecues with the microwaved faeces of a Third World village.

As Microsoft tycoon Bill Gates unveiled a toilet that heats raw stools until they become charcoal briquettes, North Londoners of excellent character have ordered a boat load of African fecal blocks in time for next summer.

Helen Archer, a Camdenite, said: “I hope it comes with a photo of the ‘provider’ and a quarterly update of how they are doing at school.”

She added: “It would be morally depraved to use Third World charcoal to cook something that the charcoal providers themselves could not afford to eat.

“So we’ll be sticking with aubergines. And a nice, ripe fig.”

Meanwhile, Daily Telegraph readers are also keen to try the African toilet charcoal, but intend to cook big, thick steaks which they will devour, expel, turn into charcoal and then send back to the village that produced the original charcoal with a note saying ‘beat that’.

But, as fevered Channel Four executives began sketching out the format of Jamie Oliver’s African Dung Barbecue, Africans stressed that while the microwave toilet was a ‘lovely thought’ they would still prefer the cash equivalent.

Mkosa Yuamba, from Angola, said: “I’m not hellish keen on cooking my next meal with the digested remains of my last. I do sometimes think that you lot have way too much time on your hands.

“That said, if some Islington architect wants to make himself feel better by grilling sardines over my carbonised dumpings then I’m not going to be the party-pooper.

“Oh, so I’m not allowed to have a sense of humour about it? Fuck you.”