I am deeply attracted to golf

I’m just going to come out and say it: I am deeply attracted to golf and I have asked it to be my girlfriend. People might think I’m weird for attempting a relationship with an abstract concept, but let them scoff. Golf won’t keep asking me what I am thinking all the time, or try to enhance my wardrobe with more pastel colours, or leave clumps of hair on my razor. Instead of the usual headache I’m looking forward to uncomplicated outdoor stroke play for the forseeable future. Is this all fine?

When I grow up I’m going to marry Elsa from Frozen. I don’t love her or anything, but I reckon if we were married I could borrow her pretty blue dress and get her to use her powers to do cool stuff like freeze my teacher’s eyes and mouth shut and turn the playground into an ice rink. Every night after school I’ll come home and Elsa will serve up Vienetta and mint Cornettos from her icy hostess trolley and we’ll stuff our faces whilst singing Let it go over and over and over again. And if my stupid big sister starts her moaning we’ll just freeze her angry spotty face and chip off her nose with a teaspoon.

Pony does not really see himself as meat 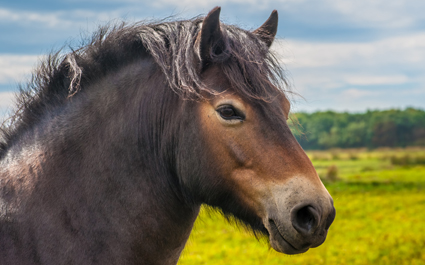 After experts suggested that eating pony meat could save the species, Exmoor-based small stallion Logan confirmed that he has some projects lined up that do not involve abattoirs.

Given that I have a lustrous chestnut coat and a rotund build Id put myself firmly in the eye candy category.

I plan on getting sold to a farm park where divorced dads will encourage their kids to feed me Polo mints. From there I will get talent-scouted and cast in adverts or a live action Disney film called Brave Pony.

But if you want to eat a pony, I can give you a list of names. Big, fat, stupid ponies with no drive or ambition.