AMERICAN investor Stan Kroenke is treating Arsenal like some sort of investment, according to angry fans.

“What about mascots and meat pies?”

Fans of the north London PLC are shocked that Kroenke, a man who has made millions buying sports teams, has chosen to profit from his involvement with Arsenal.

Season ticket holder Julian Cook said: “When we were bought by a serial entrepreneur from Missouri, I naturally assumed he was a lifelong Gooner who would pour every last penny of his fortune into the club and expect nothing in return.

“Now it’s like he only got involved to make a quick buck for himself, which is something nobody could have predicted of a self-made billionaire who also owns four teams in America, a number of stadiums and Wal-Mart.

Supporters’ groups confirmed that all they wanted Kroenke to do was to win trophies, keep ticket prices down, spend heavily in the transfer market, and keep the club debt-free, but if it came down to it, they would take finishing just above Tottenham every year. 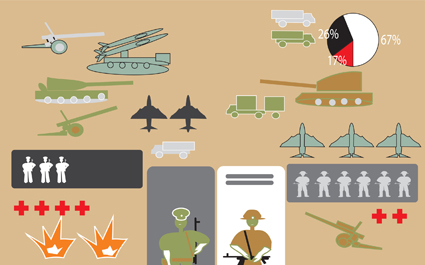 BRITAIN has launched a series of no-nonsense, testosterone-fuelled infographics against ISIS.

The diagrams have been unleashed via newspapers, and depict lovingly rendered tanks, soldiers and explosions, some of which may exist in real life.

Army commanders expect ISIS fighters to flee their positions when they see the intimidating graphics, removing the need for a physical attack which would be near-impossible to mount due to a lack of funds.

Prime minister David Cameron said: “ISIS will be shitting themselves when they see the amount of state-of-the-art military hardware our graphic designers can imagine.

“It should be immediately obvious that their forces don’t stand a chance against our overwhelming superiority in Adobe Photoshop.”

Daily Express reader Tom Logan said: “British commercial illustrators are the best-trained in the world. When they draw a cutaway diagram of a Tomahawk missile, all the internal workings are clearly labelled and coloured in properly.

“When whoever is the current Osama equivalent gets a taste of good old British art he’ll want to draw himself the deepest bunker he can find.”