I need a refresher course in the Scottish tongue

I’m a bit worried about my upcoming debate with Alex Salmond over Scottish independence. It’s not that I can’t argue my case; far from it, it’s just I can’t understand a damn word these jocks are saying. Despite hailing from the land of brawling and tablet myself, I can do longer do the tribal argot. Is it possible to get a refresher course in Scottish before we commence?

The only Scottish person I know is that ginger girl from Woolly and Tig on CBeebies. If she is anything to go by, all Scottish people are absolutely insane and have to consult with an annoying Cockney spider before they make any major decisions. Also, did you know that Scottish people say ‘wee’ instead of ‘small’. What I want to know is, how do they know when they are talking about size as opposed to using the toilet? It must get very confusing for the Scottish nation. No wonder they need guidance from a spider. 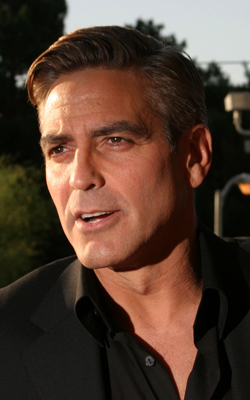 ACTOR George Clooney may break the habit of a lifetime and switch from the Daily Mail to the Daily Express.

The Mail’s allegations about his mother-in-law have made Clooney wonder about cancelling his subscription to the paper, or at least only buying it on Sundays.

However the actor is concerned that getting used to a different newspaper might be a step too far at his age.

Clooney said: “Although I’m furious about their mean-spirited lies, I still take the Mail because I like its format. Straight away, you know which page to turn to for the Quick Crossword.

“Also I like those competitions where you collect the tokens to win a cottage in Devon. Not that I ever have any luck!

And Fred Basset. That crazy hound, you never know what hes going to get up to next.

Clooney had hoped that by switching to the Mails direct rival he would be sending the paper a message but wondered if he might be cutting off his nose to spite his face.

The Express . . . I dont know. What page is its crossword on? Does it even have a comedy dog cartoon?