THE possession of poor quality cannabis is no longer against the law, the government has confirmed.

Possession of a bunch of brown seeds and sticks that could not get Peter Hitchens high will now be punished only by the disappointment of smoking them.

A government spokesman said: ”As every campaigner for Hemp Rights knows, The Man bans cannabis to stop the people quitting their jobs and astrally projecting to world peace.

“However, the majority of weed sold in the UK actually has a negative THC content, meaning that in the short-term smokers feel the urge to join the army and wash the car more often.

”And in the long-term, they give up on drugs because what’s the point?”

The decision also licences ineptly-produced homegrown plants dried in newspaper in an airing cupboard, the main effect of which is a hacking cough. 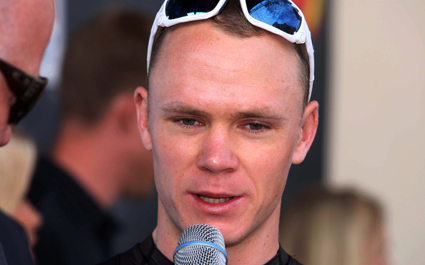 CYCLIST Chris Froome has been turned off, left for 30 seconds and turned back on again.

The Tour de France rider froze and subsequently crashed mid-stage yesterday, with experts suggesting his processing core may have been overloaded.

Team leader Sir Dave Brailsford said: “It’s very difficult to find enough downtime to perform essential maintenance on these riders, and consequently they end up without all the latest updates and patches.

“When we looked at Froome properly his anti-virus was completely out of date, someone had installed banner adverts all over his clothing, and there were so many different Google Toolbars in his vision he was basically blind.

“We’ve defragmented him and he’s working fine now, much faster than before and without all those pop-ups.

“His competitiveness chips are still working as is his primary directive, which is of course to hunt and kill Bradley Wiggins.”