CHRIS Froome has snatched the lead in the Tour de France after successfully elbowing his way to the front of the Eurostar queue.

The British cyclist and Mr C from The Shamen lookalike secured the yellow jersey by managing to get on the 6.01 from London St Pancras, giving him a precious advantage over his rivals stuck on the 6.31.

Spectator Nathan Muir said: ““He barged through the crowds waving his passport, bike under his arm while the peloton were still watching the departure boards and nursing coffees.

“I feel bad for Marcel Kittel but he should’ve known that the queue in Marks & Spencer would be a nightmare at that time of day. Plus he wasted five minutes looking for a Mars bar, when any true professional knows they only sell own brand.”

The controversial Eurostar stage is often seen as a great leveller as competitors are left with over two hours to traverse 18 carriages.

Froome injured his wrist while jumping over some inconsiderately-placed luggage, but recovered sufficiently to buy a can of Tango and a three cheese baguette from the buffet car. 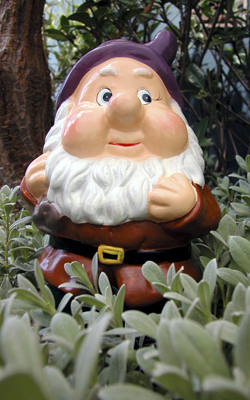 A CANCER cure has lost out on Kickstarter to a humorous scheme to buy a garden gnome a hat.

The groundbreaking cancer project set up by Cambridge-trained scientists raised £47 compared with the £3,745,980 given to Australian Tom Logan to buy headwear for his gnome, ‘Dunky’.

28-year-old Logan said: With all the money Ive raised, Dunkys getting the best hat in the world. And by hat I mean prostitutes and blow and by Dunky I mean me.

I never expected to make this because there are so many other worthwhile Kickstarter projects out there, like building statues of Batman or developing browser-based fantasy games.

Dunky has told me to tell everyone how excited he is about his new hat and hes looking forward to all his gnome buddies coming round to see it.

Scientist Mary Fisher said: I just hope when everyones got cancer they remember the seconds of amusement they got from funding another whimsical internet viral.

A spokesman for Kickstarter said: “Funding for projects is totally democratic, and therefore largely based on the folly of idiots.

For example if youre designing a nautical warning beacon, you might want to add a detachable bong in the shape of Wonder Woman.