I'm excellent at cleaning the bath - why aren't I in Team GB?

It has been several weeks since I offered my services to Team GB, and I am most disgruntled and surprised not to have heard from them as yet. After all, it’s not every woman who can get four loads of washing done, change several shitty nappies, clean the bath, give my ungrateful husband a blow job AND drink one and a half bottles of Sauvignon Blanc before the lunchtime news. Should I write again? I fear that if I’m not there to help, we might not fare so well in the Olympics.

I’m not sure why anyone from Britain bothers with the Olympics. Everyone knows it’s just like a big rubbish sports day for grown-ups, and the UK is the spotty bespectacled loser who trips up half way through the sack race, lands on his face in the mud then sharts in his pants front of the whole school. As a country, we have to get used to the idea that we’re not cut out for sports, we’ll never get picked for the netball team, and everyone else will point and laugh at our tiny bald willy in the showers after football. My teacher says that winning doesn’t matter, and it’s the taking part that counts, but that’s not much consolation when you’re hastily scrubbing human excrement from your legs and the inside of a ripped potato sack while several children are busily uploading footage of it to youtube. 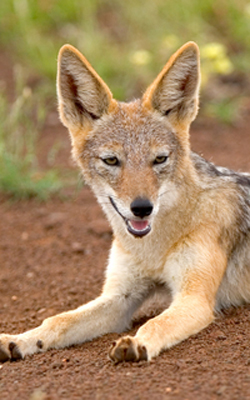 THE BBC has asked the Olympic volunteer who heckled David Cameron during a pre-games speech to contact them about potential work.

The unnamed sports-serf impressed Newsnight producers by displaying near-superhuman levels of confidence and aggression for someone wearing a daft-looking polo shirt with a lanyard.

BBC testosterone scout Roy Hobbs said: He reminded us of a young Paxman in his pomp and wed like to get him started on junior-ministers-thrown-to the-jackals-by-their-chickenshit-bosses as soon as possible.

We predict that as the government tries increasingly ludicrous measures to stop the country turning into 600 miles of fucked theyre going to feed us a steady diet of scrubbed, terrified-looking nonentities and Jeremy cant be expected to shout at them all.

The newcomer will be trained in Newsnight interview techniques by undergoing a strict diet of raw meat and whisky and watching eight hours of Louise Mensch footage a day to hone his ability to sneer incredulously at nonsense.

He will then be taught essential television studio techniques needed to demean the pointless wordfarts that have just been wafted in his direction by a £90,000-a-year suit full of bollocks, such as staring contemptuously at a clipboard or abruptly asking if he looks like a whale’s penis.

Hobbs added: A London 2012 spokesman said this outburst came at a rather inappropriate time and place.

“I do think there are occasions when its wrong to vent political spleen, for example while hiding in a cupboard from a knife-wielding lunatic, or when having an orgasm. But try as I might, I cant think of a better time to get one’s viewpoint across than when the Prime Minister is stood right in front of you.