Dear Tim,
According to my big sister’s diary, an ideal first date has several important elements. First, and most important, you need at least one three-litre bottle of cheap cider, plus some cooking sherry you’ve pinched from the kitchen cupboard. An ideal first meeting point is at the play park where you can impress her by grafitting ‘suck my balls’ in tippex on the slide and then jumping off the swing so fast that it wraps around the crossbar and no-one can ever use it again. Make sure you shout ‘fat slag’ at any lone female who passes as this will make you look dangerous and witty. Girls love that.
As the date progresses, you might want to think about changing venue, most crucially because the police are about to move you on. It’s probably time to get something to eat because you’ve just puked up a litre of cider on to your shoes and you need to get rid of the sick taste in your mouth before you have to kiss anyone. Your best bet is a portion of chips which you can toss on to the roof of someone’s car when you’ve eaten half of them. At this point, it might be worth trying to stick your hand up your date’s skirt and then call her a frigid cow when she dismisses your advances. Then, sadly, it’s time to run, because your dad has just been spotted coming out of Superdrug and he’s headed straight for you. Plus it’s nearly 4.30pm and you have to get back in time for your tea.
Hope that helps!
Holly 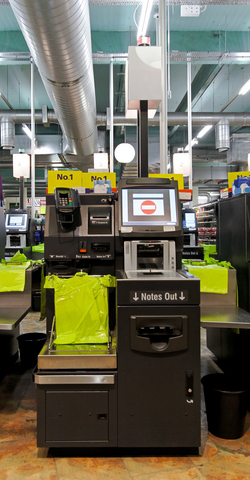 SAUDI women have been banned from using supermarket self check-outs amid fears the female voiced systems could lead to homosexuality and the extinction of virgins.

Dr Milad Al Ibrahim, said: “One minute a simple young woman is hesitantly ‘choosing item from list’, the next she’s beeping herself silly, slurring about her captain’s log and ‘accidentally’ exposing her nipples during knife fights on strange planets with men who are not relatives.”

Riyadi shopper, Basma El Gowaz said: “I can see how the system is only trying to protect me. For example, if I use one of my own bags, the checkout believes me. Because I used two, approval was needed and a man had to come and check my virtue.

“Luckily, the Saudi kinship law meant he could legally perform the bag check after ingesting some of my breastmilk. Thank God for that because otherwise things would’ve just been weird between us.”

Engineer Abdurahman Fouad said: “Have I swiped my nectar card? I don’t think I like this woman’s presumptuous tone.

“Next, it’ll be ‘do you think the teabag just jumps from the sink into the bin by itself’ and ‘what is this sticky stuff on the side of the bath?’.

“When I want this kind of mouthy backchat, I’ll go home and empty a chicken biryani into the dishwasher.”

Dr Al Ibrahim added: “And there goes an emotionally traumatised wretch who will spend this Saturday night watching boxsets of The Golden Girls with some guy he met in Prêt a Manger.”