Dear Holly,
After my boyfriend and I have made love, all he does is grunt and go straight to sleep or slope off and play computer games until 3am. I, on the other hand, wish to punctuate our coitus by way of a lingering, romantic conversation whilst wrapped in each others arms until we eventually drift off to sleep with contented expressions on our faces. As you can see, my boyfriend seems to have very unrealistic views about this relationship, but I can't seem to get through to him. Can you suggest anything?
Loretta,
Grantham

Dear Loretta,
Every week on a Thursday afternoon, my class does music education. We have to go to the school hall and explore the world via percussion and dance on blue foam mats. Apparently, this process is an important tool for helping us to develop adaptive social behaviour and advanced communication skills. I'm not sure how playing the triangle and doing star jumps can help, but it certainly makes a pretty noise. If you're having trouble getting through to your boyfriend, I am sure my teacher will let you borrow some maracas and a glockenspiel if you ask very nicely. However, be careful your boyfriend doesn't get all carried away like Oliver French did a couple of weeks ago, and over-express himself in front of everyone: he'll end up having his tambourine confiscated and being made to hold the teacher’s hand until he starts behaving like a civilised little boy again.
Hope that helps!
Holly 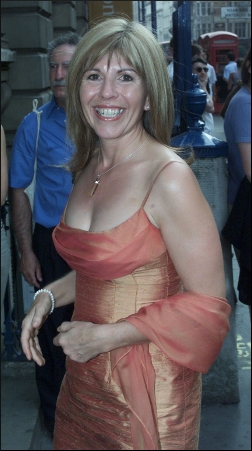 President Zuma, who is combining his Cole shopping with a state visit, is keen to add the newly-single Girls Aloud star to his overflowing wife basket.

Meeting Her Majesty the Queen at Buckingham Palace, the president said: "Where is Cheryl Cole? I want to make a baby with her."

He added: "It was a long flight. Bring her to me so that I may watch her jiggle before humbly asking if she would do me the honour of becoming my new favourite wife."

President Zuma currently has 33 wives and just over 28,000 children. He was accompanied to London by Wife 17, previously known as the TV presenter Maggie Philbin.

Zuma's spokesman stressed there would no consultation with Cole's estranged husband Ashley, adding: "South Africa is a modern, egalitarian society where women enjoy the freedom to move between husbands without written permission."

Concerns have been raised over the impending purchase of the nation's sweetheart by a foreign sex maniac, while experts have warned that it may become increasingly difficult to take South Africa seriously when the head of state gets off the plane with 'one of his wives'.

But Dr Nathan Muir, an anthropologist at Reading University, insisted: "The world is made up of different cultures. In some societies men think about having lots of wives and humping absolutely anything that moves, while in other societies they just get on with it."