President Zuma, who is combining his Cole shopping with a state visit, is keen to add the newly-single Girls Aloud star to his overflowing wife basket.

Meeting Her Majesty the Queen at Buckingham Palace, the president said: "Where is Cheryl Cole? I want to make a baby with her."

He added: "It was a long flight. Bring her to me so that I may watch her jiggle before humbly asking if she would do me the honour of becoming my new favourite wife."

President Zuma currently has 33 wives and just over 28,000 children. He was accompanied to London by Wife 17, previously known as the TV presenter Maggie Philbin.

Zuma's spokesman stressed there would no consultation with Cole's estranged husband Ashley, adding: "South Africa is a modern, egalitarian society where women enjoy the freedom to move between husbands without written permission."

Concerns have been raised over the impending purchase of the nation's sweetheart by a foreign sex maniac, while experts have warned that it may become increasingly difficult to take South Africa seriously when the head of state gets off the plane with 'one of his wives'.

But Dr Nathan Muir, an anthropologist at Reading University, insisted: "The world is made up of different cultures. In some societies men think about having lots of wives and humping absolutely anything that moves, while in other societies they just get on with it."

BBC Angers Fans Of The Idea Of 6 Music 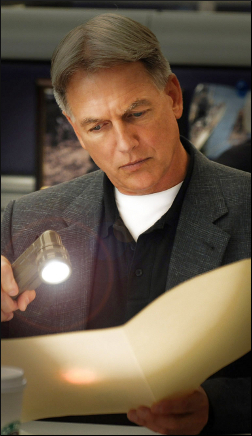 THE closure of the BBC's 6 Music has enraged thousands of people who insist it is the sort of thing they would probably have liked if they had ever got round to listening to it.

Would-be fans are now urging the corporation to grant a reprieve to the digital station, which probably featured lots of new bands or something.

Potential listener Tom Logan said: "It was a fantastic breeding ground for exciting new talent, according to this article I just read on the Guardian website.

"Correct me if I'm wrong, but I'm picturing lots of acoustic sessions, eclectic playlists and lively banter with the spirit of John Peel via a psychic gypsy crone?"

He added: "If the BBC save it I'll definitely make a point of trying to have a listen. Possibly on Wednesdays depending on when I get home from work, though to be honest I'll probably watch Crime Scene: Navy Crime on my Sky+ box.

"Nevertheless, I feel passionately that it was an unquestionable force for good in the universe. Like one of those baby dolphins."

Emma Bradford, from Swindon, had been interested in possibly listening to 6 Music since hearing it mentioned on Radio 4 yesterday.

She said: "Apparently they had a show with those quirky comedians I quite liked. I want to say 'Brian and Terry'…

"Anyway, it's perfectly obvious that my lack of interest in niche programming is entirely the fault of Rupert Murdoch and his 4000 channels of crap including that dreadful Sky Arts which is actually not that bad and is probably what BBC2 should have been doing all along."

Meanwhile Conservative culture spokesman Ed Vaizey admitted he had made a terrible mistake and was switching his support to the closure threatened BBC Asian Network after realising that audience was much more likely to vote Tory than the Glastonbury-loving tosspots who listen to Radio 6.