Dear Holly,
My boss must be very clumsy because he's forever dropping items of stationery on the floor and requesting that I bend over to pick them up, usually on the days I am wearing a low cut top. I think maybe he might be interested in something more than just my typing skills, but I am worried about mixing business with pleasure. Do you think this would be a bad idea?
Pricilla
Kent

Dear Pricilla,
I love jelly and ice cream, and I love bouncy castles, but only a fool would combine the two. You only have to consider what happened to Amanda Sullivan at the spring gala last weekend to understand the full horror of mixing copious amounts of party food with a lengthy session of vigorous jumping on an inflatable entertainment system. Had someone the foresight to prevent Amanda from eating sixteen pink wafers, five red liquorice whips, a strawberry Cornetto, and numerous handfuls of Frazzles before she started pogo-ing along to 2Unlimited, possibly the carnage that ensued might have been avoided.
Hope that helps!
Holly

US Teenager To Climb Everest For Crafty Ham Shank 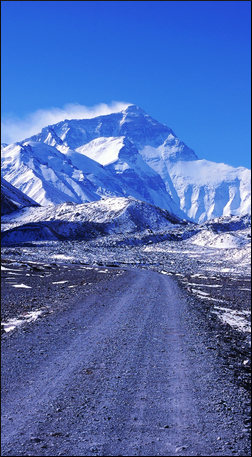 Thirteen year-old Jordan Romero will set off from Kathmandu equipped with breathing equipment and hand lotion and, in order to save weight, is hoping to pick up at least one discarded jazz mag in the hedges of rural Nepal.

Romero said: “I come from a large family – six siblings, grandma and two aunts living with us – so it can be difficult to fnd the time and space I need to pleasure myself right the way to the end.

“I was watching a documentary about Everest and thought ‘I bet a guy could really go to town on himself up there without interruption’.”

The last, unsuccessful, attempt was made in 1997 when New Zealander Wayne Hayes admitted defeat at 25,000 feet due to a mixture of bad weather and permafrost obscuring his copy of Knave.

Hayes said: “Jordan’s main challenges will be the terrible loneliness up on that magnificent range, as well as trying to get even a doughiest of semis when it’s minus 35 outside.

“But he does have the advantage of being a teenage boy and so he should be able to maintain the necessary firmness even if he’s being attacked by a wolverine.”

Comparing his task to ‘ejaculating into the face of God’ Romero added: “I hope I’m an inspiration for other teenagers who want to shuffle their deck in challenging locations. Maybe one day my son will set foot on Mars before nipping behind a massive boulder for a portion of beef jerky.”

Bill McKay, who retired from moutaineering only last year, said: “I wish him the very best of luck, but my God he’ll have to work fast.”