Dear Holly,
I suspect that my husband is having an affair with my sister, but I haven’t yet been able to prove anything. Last night, I walked in to find my sister sitting astride my husband with her top off, lipstick smeared all over her face and his, shouting ‘ride me, cowboy!’. At first I was extremely angry, but my sister assures me she was simply attempting to retrieve a contact lens, and that my husband had very kindly stepped in to help. I don’t want to be presumptuous, but I have a feeling something fishy is going on. Do you think I should confront them?
Imelda
Lowestoft

Dear Imelda,
That reminds me of the time me and Stacey Lawson found a curious object in the sandpit in her back garden. Stacey got really excited and said it was probably an ancient fossil worth loads of money. We decided we would sell it to the Natural History Museum for billions of pounds and use all the money to buy ourselves loads and loads of treats. I eventually settled on a Barbie mansion and stables, a rainbow of jumbo felt tips and a Shaun the Sheep lunchbox, whereas Stacey was adamant that her half was all going on a lifetime supply of pickled onion Monster Munch. However, when we showed our treasure to my big sister, it turned out that the object was actually a dried lump of dog poo, not an ancient fossil. I’m not sure what was worse: the realisation that I wasn’t going to have a Barbie mansion and stables after all, or that I’d spent the last hour caressing an old piece of dog dirt. The lesson here is that you need to ensure you have access to all the facts before you start making wild assumptions. Also, that you probably shouldn’t play with strange brown things that you find lying around.
Hope that helps!
Holly 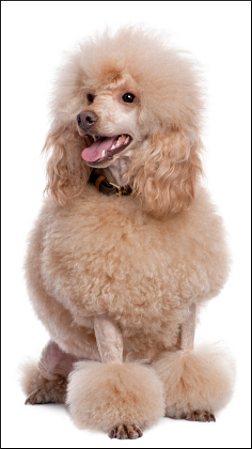 HUNDREDS of desperate pub bands could be created in the wave of impending Bon Jovi gigs, experts have warned.

The Institute for Studies claimed that as many as 26% of Bon Jovi fans attending the concerts will be inspired to start covers bands with names like Route 66, Dead or Alive and Outlaw.

They will inevitably end up dragging their own PAs around the local pub circuit, playing to as many as half a dozen hatchet-faced alcoholics at each venue while clinging to an increasingly tattered dream of stardom.

Dr Tom Logan said: “There’s simply nothing like Bon Jovi’s anthemic poodle rock to inspire exactly the wrong kind of people to buy a chord book and a leather jacket with a fringe.

“Soon they will start describing their best mate as their ‘manager’ and refer to rock stars they will never meet using only their first names.

“It’s a genuinely sad situation which has robbed many pleasant, middle-aged family men of the last remaining scraps of their dignity.”

Stephen Malley, a 39-year-old postman from Doncaster, is in Bon Jovi cover band Renegades, which also features his wife Pat in a Richie Sambora wig.

He said: “I just know we’re gonna make it, the gigs get bigger and better every week. We rocked the function room of the Harvester in Telford, there must have been 4,000 people there, give or take 3,950.”

He added: “Do you want to buy a CD? They’re properly done, with colour photocopied covers that look brilliant.”

Father-of-three, Roy Hobbs, plays bass guitar in Urban Cowboys, a four-piece which performs Bon Jovi songs, some chart stuff and ‘the Fleetwood Mac one that’s on the grand prix’.

He said: “After rocking my brother’s wedding, I called my boss and told him to fuck himself because he’s a company man and I’m a maverick who lives for music and burning into the sunset on my steel horse which is actually a Vauxhall Corsa.