Dear Holly,
There’s a woman who sits opposite me at
work who every year insists on festooning her desk with an array of
cheap, gaudy Christmas shit and gabbers inanely about how she did all
her Christmas shopping online in January, and how she’s cooking for
12 people on Christmas day, and how she’s gone for a real tree
instead of a fake one this year because it looks so much more
‘authentic’, as if that is not unbelievably fucking obvious. Yesterday she turned up wearing reindeer earrings and
tinsel round her pony tail and insisted that I open a door on a
child’s advent calendar. What’s the most painful way to kill someone
with a fountain pen?
Debra,
Macclesfield

Dear Debra,
Are you a Jehovah’s Witness? They
pretend not to like Christmas just like you. A weird, ginger girl in
my class called Caroline Fraser is a Jehovah’s Witness and she
doesn’t get to have any fun at all at this time of year, or in fact
ever. At first I felt sorry for her, because she gets no presents and
has to wear a daft headscarf, but then she told me that her family
will live in paradise while mine burn in hell for eternity, and so,
on balance I can see why they’ve taken that decision. At first I
thought perhaps I could be a Jehovah’s Witness too so I don’t have to
burn in hell, and then I realised I’d be better off joining a satanic
cult because at least then I’d still be able to have a birthday
party, plus, when Armageddon occurs I can make myself useful by
helping Satan to set fire to all the non-Jehovah’s Witnesses. So if I
were you Iâ€™d stop wasting valuable time worrying about this woman
and her irritating festive habits and instead start making plans for
the Day of Reckoning before it’s too late.
Hope that helps!
Holly 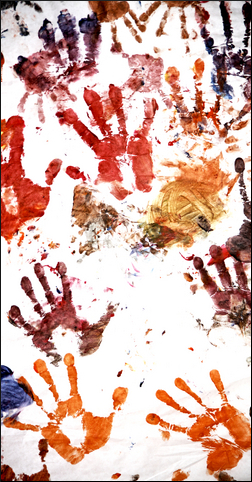 LABOUR leader Ed Miliband is to restore his party to power with meat suits, eye liner and ending every sentence with the expression ‘va-va’.

Insisting Britain needed a new politics if it was to regain its economic strength, Mr Miliband promised far-reaching social reform, a new relationship between voters and MPs and to drive a tin rocket into work.

Mr Miliband outlined his plans as he hosted his first monthly press conference as ‘The Twoo’, his avant-garde alter-ego.

Wearing a blazer made of prosciutto he said he would only announce policies after listening to the rhythm of the Thames but stressed that he would occasionally punctuate the end of his sentences with sounds that represent his internalised ideals.

Rolling a beetroot across the floor, The Twoo said: “I am going to cover myself in problem paint and then ask voters to make handprints on my solution canvas. Va-va.

“I’m smashing through the fourth wall of politics like an angry student boot through the window pane of a public phone booth that no-one uses any more.

“It’s no longer about being to the left or right, it’s taking the whole concept of politics outside of time and space and telling John Reid he is nothing more than a dead hedgehog, decomposing at the side of my mind path. Va-va.”

He added: “This movement is all about filling the policy vacuum and saying that budget cuts can be conceptual, we just have to dream it.