Dear Holly,
I’m in the midst of a terrible predicament. It seems that my father thought it would be a good idea to buy my mother a vibrator for Christmas. I have nothing against this: what they do behind closed doors is up to them. But I was nearly sick in my mouth when my mother requested that I show her how to work her new ‘toy’. The worst thing is, she’s such a daft old bag I think she’s under the impression it’s a food processor attachment. Should I save myself the embarrassment and just let her use it for her award-winning soufflÃ©s?
Annie
Penzance

Dear Annie,
There’s nothing worse than middle aged people attempting to use modern technology. One minute they’re listening to wax records on a gramophone, and asking you if you’ve got change for a guinea so they can buy a new needle for the spinning wheel; the next, they’re trying to friend you on Facebook, amassing an horrific Santana back catalogue on your Spotify account and texting you to let you know dinnerz ready, LOL. And it has now become a potential threat to humanity. The last time the older generation got their hands on technology, they brought the world to the brink of nuclear war. This is why there was a secret government treaty in 1984 to prevent anyone over the age of 30 being able to do anything other than work the most remedial of electronic devices. Even the TV remote should be complex enough to prevent your dad from accessing the Yesterday channel on Sky when you’re trying to watch Hollyoaks, and although your mum is the only one in the house who can work the washing machine, she should be allowed to continue with the belief that a Google search is a jolly Victorian parlour game. Under no circumstances should you agree to coach these elderly morons in their  new fangled gadgetry but instead simply sit back and enjoy every mouthful of that delicious soufflÃ©.
Hope that helps!
Holly

David Cronenberg steps down from Eastenders 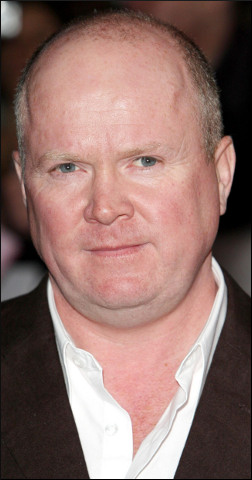 THE BBC last night said it had no regrets after placing veteran film-maker David Cronenberg in charge of Eastenders over the festive period.

The creator of Scanners, Rabid and The Fly, directed the Christmas and New year episodes of the popular drama, giving millions of viewers the opportunity to consider suicide after filling their front rooms with sick.

A BBC spokesman said: “David Cronenberg’s Christmas Eastenders was without doubt the highlight of our festive schedule.

“The moment when Kat Slater’s baby turned itself inside out and then vomited boiling black shit over everyone was reminiscent of the great Morecambe and Wise specials of the Seventies.

“And changing the title sequence to show an unidentified, dark green pus oozing across east London was everything Christmas television should be.”

He added: “We’re sure that these episodes have left behind a great many screaming, wide-eyed memories that people can cherish until they finally summon up the courage to kill themselves. Possibly next Christmas.”

Cronenberg said: “Samantha Womack is such a beautiful woman that I simply had to turn her into a nine foot tall armoured stick insect that bit the heads off dogs and spat them directly into the camera.

“I hope that from now on, whenever anyone hears the Eastenders theme tune, their vision will narrow down to a pitch black tunnel and their head will be filled with the desperate screams of a terrified child.”

Meanwhile the BBC spokesman dismissed complaints about the episodes, adding: “Angry, sadistic misanthropy is a very relevant issue in Britain.

“Particularly amongst people who watch Eastenders.”