INTERNATIONAL diplomats have been given a tour of Iran’s nuclear facilities after finding a golden ticket inside a Lion Bar.

The site at Isfahan turns raw uranium into gas, which is then fed into enriching centrifuges and can be used to create fuel, fissile warhead material or Everlasting Gobstoppers.

No US representatives joined the tour, with a US State Department spokesman stressing: “It’s a very clever ploy by Wonka and the Iranians. They know you can’t get Lion Bars over here.”

It remains unclear whether the site is set-up to produce weapons-grade material or just novelty sweets.

Sir Simon Gass, UK Ambassador to Iran, said: “I’ve no idea. I spent most of the time licking the flavoured wallpaper. It’s amazing, the Snozberries really taste like Snozberries. Also, I’m not a nuclear scientist.

“Then again they are developing some pretty nasty confectionery. I tried some fudge that I imagine tastes the same as Katie Price’s.”

Wonka said: “I donâ€™t know if we can enrich uranium to the right level and you should never doubt what no one is sure about.

“All I want is for Russia, China and some other key world powers to be safe from the Hornswogglers, Vermicious Knids and of course the Yankydoodles.

Britain begins fitness drive that will rapidly peter out 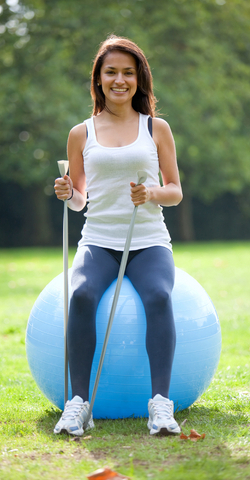 BRITAIN has launched its annual health kick with a pledge to keep it going until Friday.

As franchised gymnasiums made their profit for the year, millions took out a direct debit they will maintain long after they remember who they are and what they actually enjoy doing.

Tom Logan, from Stevenage, said: “I’ve taken out a subscription to the BodyTronic FitnessZone.

“I’ve had an introductory assessment with a man called Derrick. There’s loads of different machines and classes like Delt Bubble and Street Squash, and there’s a juice bar and… no, this is pointless.

Government health advisor, Roy Hobbs, said: “We have to go through the process of encouraging everyone to exercise even though we know that the only ones who really enjoy it are sexually frustrated dentists and people who would otherwise be heroin addicts.

Teacher Nikki Hollis added: “New year, new me…. oh fuck this shit. Fuck it right in the ear. What am I doing? If you don’t like fat girls then fuck you. I’ve got a bath and a nice, big candle. You’re nothing in comparison.

“Take your shallow face and your tiny penis and stick it in some bitch who thinks you’re funny.

“Then again I have bought these trainers that light up.”