Dear Holly,
I’ve just started a new job and although I’m enjoying it so far, I’m finding it hard to integrate with the other staff. They’ve all been working there for years and have very established cliques and ways of doing things. They never include me in anything and don’t cut me any slack even though I’m the new girl. For example, the other day, some old boot called Trixie chased me up the street and chucked a pink stiletto at my head because apparently I was on her patch. But no-one had thought to tell me that the pavement between Dixons and Topshop belongs to her, so how was I supposed to know? Can you offer any suggestions as to how I start to make some friends in this place?
Doreen,
Milton Keynes

Dear Doreen,
It’s never nice being the new bud, although thankfully I’ve never had to experience it myself. It’s a fact of life that if you turn up to school half way through term time, you’re definitely in for some heavy bullying for at least a week, especially if you come from a strange land where they speak funny. That’s what happened to poor Sophie Tilsdale from Bolton, who arrived during double science in a duffel coat and had to tell the class all about herself. The last time any of us had heard someone speak like Sophie it was Christmas and Wallace & Gromit was on the telly. It didn’t help that she was bright ginger and had all her belongings in a Lidl carrier bag. However, coming from a part of the country where savagery is clearly the norm, it didn’t take Sophie long to start fighting back, and as far as I know she only got two toilet dunkings and a chinese burn before she won the acceptance of the class by giving Oliver French  a taste of his own medicine. So if I were you I’d take a stand, give that old cow Trixie a wedgie she’ll never forget and you’ll soon gain the acceptance you crave.
Hope that helps!
Holly 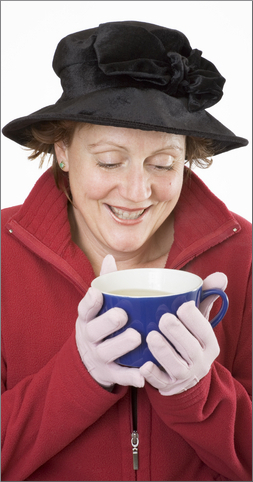 IAIN Duncan Smith is to simplify Britain’s complex state pension system into an easy to understand voucher for powdered soup.

The welfare secretary said too many people were left confused by a needlessly bureaucratic system when all they really wanted was something hot.

He said: “Anyone who thinks the value of the voucher will be linked to inflation obviously has not read my book I Warn You Not to Get Old: The One Thing Neil Kinnock Was Right About.”

Mr Duncan Smith said he wanted to encourage personal responsibility by promoting private pension plans based on things like soy bean futures and the next sub-prime mortgage bubble.

He added: “For many, old age is a depressingly predictable decline into Daily Mail columnists and racist pottering.

“Under this new scheme I thought of 10 minutes ago, it’s now going to be a wild financial rollercoaster ride, but one that involves thousands of penniless octogenarians living in skips.”

Meanwhile £400m a year will be saved by replacing assessment officers with an 0845 number that offers callers a choice of messages including ‘go fuck yourself’, ‘he no here’ and the sound of Mr Duncan Smith giggling with a friend.

The welfare secretary also hopes to sell the idea of pension saving to youngsters with the cartoon character Chuckles the Financially Prudent Squirrel whose exotic portfolio of unit trusts is way cooler than some gold-plated final salary scheme with bad trainers.

But teenage hairdresser Nikki Hollis said: “If it’s all the same to whoever that scary bald man is, I’ll stick with my current plan of pissing my money away every weekend on WKD and shoes and squeezing out a bunch of call centre monkeys to mooch off when I retire.”