Dear Holly,
My best friend confronted me last night
and told me that since I started going out with my girlfriend I’ve
totally changed. It’s true that my new squeeze has encouraged a few
positive alterations, for example, I’ve radically overhauled my
wardrobe, updated my hairstyle, stopped farting and swearing, stopped
socialising with my friends, got rid of my beloved car, had my dog
put down, invested in some rhinoplasty, become a vegan and changed my
name by deed poll. But other than that I think my friend is
exaggerating a little. Do you think he’s just jealous of our
relationship?
Lionel
Clapham

Dear Lionel,
I had a best friend once, called Susan
Boneparte, who used to come over to play tea parties at mine
practically every night after school. We shared our secrets; I even
showed her the bit in my diary where I’d drawn a picture of me and
Justin Bieber getting married with Zac Efron as the head bridesmaid,
and she swore me to secrecy about how once she’d accidentally done a
poo in her pants at school and left them in Amanda Sullivan’s Dora
the Explorer rucksack. But one day, I went over to call on her and
Alice Spiggot was there, playing with Susan’s Barbies and giving me
death stares. Susan said she was bored of playing tea parties with me
all the time, and that I was a loser because my parents buy
supermarket own-brand crisps. So I went home and never played with
Susan again. The moral of this story is that there are plenty more
fish in the sea, so if this person is giving you a hard time, it
might be a good idea to cut them loose. In addition to this, no
matter how much you like someone, you should never reveal sordid
jobby secrets to them unless you want to get your head kicked in by
Amanda Sullivan at a later date.
Hope that helps!
Holly 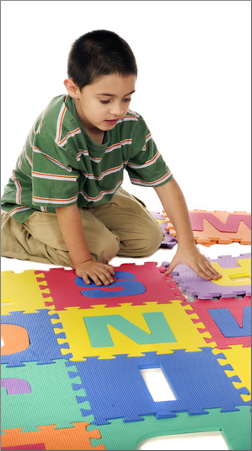 STEVE Jobs has announced his intention to trademark the alphabet.

At a state of the art press conference, the overpriced geegaw obergruppenfuhrer pledged to start with the letter ‘a’ and hopes to have all the vowels protected by 2015.

Once all the letters of the alphabet have been secured the company will then move on to punctuation and eventually gain control of all numerals between 0 and 9 and any others that you may be hiding somewhere.

“The day we copyright the copyright sign is going to be an interesting one and may give us a glimpse into what infinity looks like. Wow.”

Before moving onto vowels, Apple’s first legal battle will be against the unknown composer of the 8th century poem Beowulf in a test case to prove the company has intellectual property rights over the letter ‘f’, most commonly used in the familiar Apple phrases ‘Fuck me, have you seen the price of this fucker?’ and ‘Fucking useless fucking iPhone fiddly fucking thing’.

Copyright expert Wayne Hayes said: “Because the composer of Beowulf is unknown and it is thus ascribed as a folk poem, the entire English-speaking world is jointly and equally the subject of the lawsuit.

“If successful, the company will be able to file for damages against about 440 million people and if anybody tells Apple to ‘fuck off’ they will be liable for three times the damages.”

Jobs confirmed that service of the court papers will be completed via page 28 of the new iTunes user agreement update later today and has advised people to start learning Welsh in preparation for a vowel-free existence.