ARE you a Brexiter with no grasp on reality? Here are some solutions to the Irish border problem you’ll consider perfectly sensible.

Invade the Republic of Ireland

The Republic of Ireland used to belong to Britain anyway, so the Irish are unlikely to object to the country reverting to the wise and compassionate rule of the British army.

A quick blitzkrieg will quickly overwhelm the Irish army and Dublin will be renamed ‘Stag-Do-on-Sea’. It is impossible to spot a flaw in this excellent plan.

No border at all

After years of screeching “We’re full!” it might seem odd to have no border. However Brexiters are mainly concerned with keeping out Eastern Europeans and Muslims, whereas the Irish are okay, like Liam Neeson or Val Doonican.

An eight-foot wide border planted with a mix of brightly-coloured hardy perennials and South American grasses too delicate for smugglers to step across or terrorists to bomb without ruining its splendour for everyone.

Leprechauns are small and crafty and thus ideal to sneak onto lorries travelling from Ireland to Britain and inspect their goods. If contraband or migrants are discovered the ‘little people’ will simply impound the vehicle using magic.

Swarms of nanobots will locate economic migrants and turn their brains to mush. Any IRA members smuggling arms will be blown away by Terminator 800s saying things like “Top o’ the mornin’ to ya – ASSHOLE!”. 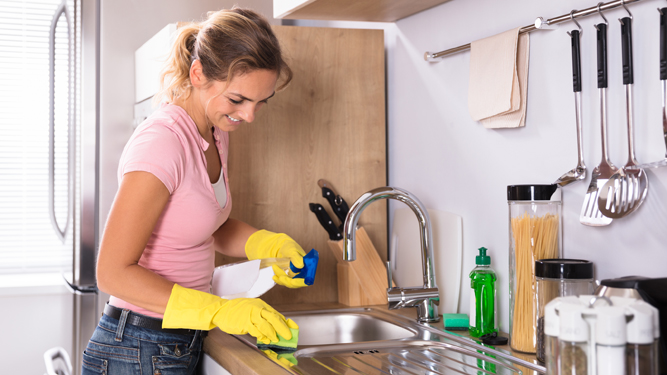 PARENTS of two young children have booked a foreign holiday so that they can clean up in an exciting new kitchen.

Although it currently takes them 45 minutes to mobilise for a trip to the supermarket, Tom and Clare Booker have organised a holiday where they will perform all their regular domestic chores but in an Airbnb apartment in Rome.

Tom Booker said: “We don’t see why we should stop travelling just because we’ve gone from being a cultured couple to a four-person whirlwind of faecal matter. It’s been a lifelong dream to visit the Colosseum, or at least to organise a trip there and then cancel it on the day because one of the kids has explosive diarrhoea.”

Clare Booker said: “I can barely imagine the thrill of cleaning dried cereal off a marble kitchen surface in a hot country.

Friend Susan Traherne said: “My bet is that they don’t even make it through security at Heathrow before they change their minds.”