You're feeling pretty hot right now – and with good reason. Your house is on fire!

Distance yourself from all the crazy mess around you. Tell the bus driver it was the man sitting next to you who went off and that you are not going to clean up after someone else.

You are experiencing a power surge that is actually a bit uncomfortable. But you paid that woman good money to attach those wires to your genitals, so just deal with it!

Get your co-workers to fall into line without having to resort to brute force – show them your gun. The ‘Mr Stinky’ tag was only a joke was it? Dance, you bastards, dance!

You are feeling so full of great energy that you think you could pull off anything. What? Even a pig?

Things are so great between you and your girlfriend that you feel tempted to brag about it to all your mates. No point. They’ve all had her already! Bet they could tell you a thing or two.

When someone upsets you, instead of burying your real emotions for the sake of politeness, bury them. Alive!

Others less clued up than you are looking to you for the answers to some tough questions, so choose your words carefully. How about these: Go. Fuck. Yourselves. Losers.

A cluttered home leads to a cluttered mind. Luckily you have been burgled

A good friend is hinting at something more than the usual camaraderie. Bringing sex into this relationship could lead to complications. Why not shag them and then get a new friend?

Generosity doesn't always involve handing over money. Ask your wife. She says it’s a long time since she last saw the top of your head. 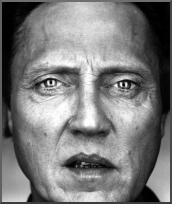 DIDDLY-dee! diddily-dee! That’s the sound the wheels on a train make – diddly-dee! diddly-dee! I hate that noise, I hate it almost as much as I do Adam Sandler movies, so I pulled the emergency chord above my head, bringing the 12.57 from King’s Cross to Sheffield, shuddering to a halt.

The guard walks up to me, and I roll a big lump of individual fruit pie around my mouth and spit it out at his feet. I was on my way to the Embassy World Snooker Finals, and the last thing I needed was this sorry asshole busting my chops.

I took my place in the theater to watch my favourite player Perry Mans play the Big Bill Werbeniuk. Not many people know this, but Bill Werbeniuk was slated to play the role of Steven (John Savage eventually landed the part) in The Deer Hunter. Bobby D and myself were big fans of Bill's, but sadly, he couldn’t take the part owing to prior commitments in the Hofmeister Doubles. Damn the Hofmeister Doubles tournament played at the Wembley Conference Centre – goddamn it to hell!

I looked Reardon in the eye and said: "Hey asshole, do you realise that Welsh people are spawned by the English…it's true, you see one day an English guy with a monocle wearing a top hat stuck his dick in your grandmother, and she gave birth to your Dad, and now you’re here. What can I say, it’s true…your ancestors are English, you faggot."

I think my little trick worked, because the next day the Welsh guy played like someone had stuck a cue up his ass, and he lost 18-15. After the match, I had a meeting with Cubby Broccoli and agreed to be in the worst James Bond film ever made – period.