How should I vote if I'm too lazy to think for myself?

UNSURE how to vote because you’re a lazy bastard who can’t be bothered to think? Take our test and have your mind made up for you.

What qualities do you think are important in a prime minister?

A. They should be old and wise, like Obi-Wan Kenobi.
B. They should talk in meaningless patriotic soundbites and spend a lot of time thinking about clothes.
C. I’m going to answer ‘the environment’ to most of these questions.

What are your feelings about Brexit?
A. All the evidence suggests it will be a total disaster so I’ve taken the position of going along with it.
B. At last mighty Britannia has her FREEDOM from the thieves in the CESSPIT of Brussels!
C. It sounded a bit complicated so I ignored it.

Are you in favour of Trident?
A. Yes, but with certain reservations about having a massive nuclear war.
B. Yes and we should let off a few to celebrate Brexit.
C. I’m against war, except possibly World War Two and anything involving dragons.

Should the UK abolish tuition fees?
A. Definitely. I doubt any of our useless political parties has suggested it though.
B. If people can’t afford it they should save up and start their degree when they retire.
C. Yes, because I want to do a degree in aromatherapy or holistic massage.

Do you agree with fox hunting?
A. Not sure. Can foxes feel pain? It’s probably cruel if they can.
B. It is the needless pursuit of an animal until it collapses with exhaustion and is torn to shreds. What’s not to like?
C. Foxes are incredibly cute and I would love to snuggle up to one right now.

Mostly As. You are an idiot and should probably vote Labour for your own protection.
Mostly Bs. You are an arsehole so the Conservative party is ideal for you.
Mostly Cs. You are just gormless. Vote for a harmless party like the Greens or just have a nice bath and forget about it.

Nostalgic nation looks back on nine great years under the Tories 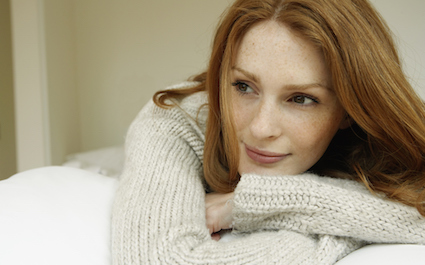 BRITAIN is today remembering all the cool things that have happened under Tory rule since 2010.

Every voter is running a highlight reel of the amazing events through their heads, from tuition fees to the dementia tax.

Nathan Muir of Croydon said: “Remember first thing they did when they came in? Put VAT up. Classic Tories.

“And then there were the riots, that was a blast from the past. Very retro, like the social unrest equivalent of eating a Wagon Wheel.”

Helen Archer of Bromsgrove agreed: “The cuts have been good. NHS, Army, schools, councils. Probably the police cuts are my favourites though.

“Then there’s Brexit and the slick, professional way they handled that.

“They should call these the Diamond Years or something because of how blissfully untroubled they’ve been.

“Hopefully there’s a nostalgic clips programme on Channel 4 tonight called something like ‘Top Ten Tory Moments’, with Stuart Maconie and some bloggers.“