How to become a moronic but very rich social media 'star'

BEING a moron is no barrier to becoming a millionaire YouTuber. Read our guide to find out how it’s done.

Remember, nothing is too shit for YouTube. Videos should be completely inane with no obvious entertainment value, such as you rambling for 30 minutes about toasted cheese sandwiches.

Flog any crap. Weirdly, YouTubers can get a huge following just by talking about boring product samples. Watch those ‘likes’ soar as you drone on about Kiwi shoe polish for an hour.

Invent a gimmick that fuckwits will find hilarious. This should be contrived and horribly unfunny, such as wearing a hat on your shoulder.

Be phenomenally thick. A great way to drive traffic is to say stupid things then get millions of hits as people rush to tell you what a dense prick you are. Try stuff like, “Seriously guys, how do we know the Holocaust happened? Any way to find out?”

Get idiotic hair. You’ll look like a knob but that’s what you are now.

Issue a clueless apology after fucking up. For example, “I am sorry to have offended women by calling them ‘dickless freaks’. After a lot of deep thinking I am going on a two-day course on not being a prick, from which I expect to emerge fully transformed.”

Government sets up single massive company to shaft everyone in Britain 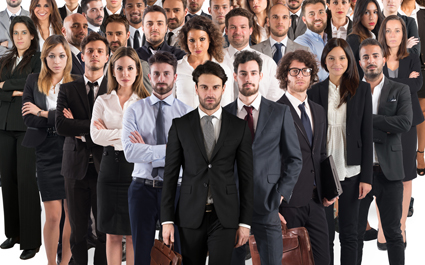 A VAST new company will ensure every last penny of your money is turned into profit for the private sector, the government has announced.

After privatised rail companies hiked prices, senior Tories have decided it is best to have a single mega-business to properly exploit things like transport, education and oxygen.

Transport secretary Chris Grayling said: “The company, run by fuckers off The Apprentice, will charge people for everything they do while having a touchy-feely name like ‘Progressa’ to disguise its evil parasitic nature.

“First it will turn your kitchen into a ‘Progressa Barista Bar’ where you have to pay a fiver for a slice of toast, then it will install meters on your back door so you have to pay to go into the garden.

“Other innovations include a monthly rental charge on household pets and replacing free pub toilets with ones that charge £4.75, plus a pathetic surcharge of 5p for liquid soap.

Grayling said the company was currently setting up ‘Progressa towns’ where residents are closely monitored with CCTV and charged for everything from having sex to opening a packet of biscuits.

He added: “Anyone refusing to pay will go to private prison. In which case I’d advise taking out £25 per month Progressa Prison Wellbeing Insurance, otherwise ‘an unfortunate incident’ might happen to you in the laundry room.”