I too have had never-ending bastard of a cold all Christmas, confirms everyone

DELIGHTED colleagues have confirmed that every single one of them has had the horrendous cold that never stops over the whole of Christmas.

The co-workers, who have not seen each other since the week of December 18th when they all had the thing but were convinced they would get over it, were overjoyed to find they had all been ill throughout and indeed still were.

IT manager Joe Turner said: “The one where you keep thinking it’s over, then you wake up coughing about a pint of green mucus? Me too!

“I think it was Christmas Eve I stopped kidding myself I was getting better, when I came out in a fever sweat going around Sainsbury’s. I couldn’t taste my turkey.”

Colleague Carolyn Ryan agreed: “I blew my nose so often the pantomime dame made a joke about it, apparently. I haven’t been able to hear anything since Boxing Day. ‘ 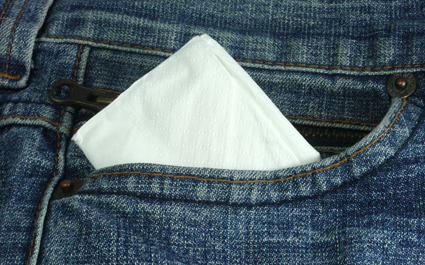 A TWO-PLY ultra strong tissue has emerged mostly intact from a wild ride in a washing machine, it has been confirmed.

Wayne Hayes, recently purchased from Tesco, gained illegal entry to the Zanussi machine by dodging the security checks of pockets being searched, before embarking on a death-defying ride through a heavy-duty cycle with extra spin.

Hayes said: “I was scared shitless tumbling around in all that water and the spin cycle was really intense but it was worth it for the incredible rush. And after the adrenaline subsided I had some moments of reflection about my own mortality which led me to feel deeply at peace.

“I did receive some injuries, it’s true. And there was an almighty fuss kicked up when it was realised that some bits of me had stuck to several pairs of black lacy pants and some new navy jeans.

“Would I do it again? In a second. But first I have to escape from this bin where I was chucked by someone in a fit of intense irritation.”