HAVE you got a demon in your basement or are you planning to go hiking in hillbilly country? Don’t worry – just follow our guide to surviving horror movies.

If you’re convinced a cabin in the woods is attracting evil entities, simply leave and never come back. You wouldn’t stay to investigate a dangerous but non-paranormal bear, and you can easily find another cheap holiday on the internet.

Reach obvious conclusions
Don’t spend days puzzling over the identity of the mysterious figures lurking near the abandoned Nazi bunker full of occult symbols and half-eaten corpses. They are not lollipop ladies, trainee accountants or Simon & Garfunkel.

Get the authorities involved
If ghosts in your home start harming you immediately contact the police. They’ll think you’re mad at first but once they see proof they’ll be legally obliged to protect you.

Similarly, scientists will be desperate to study your ghosts. What are malevolent spirits going to do, wipe out dozens of researchers from Imperial College? You’ll be able to charge them millions to study this incredible phenomenon too.

Buy a book on demons straight away
All horror film demons can be quickly identified in a demonology book. At the first sign of demon aggro get one from Amazon with next-day delivery. You’ll immediately know their backstory before they can abduct your kids to another dimension. Doddle.

Become a Christian
As soon as Satan is linked to evil goings-on, do the logical thing and worship God. Satan can’t exist without God and is much weaker, so basically he can fuck off now. Also you’ll go to Heaven. 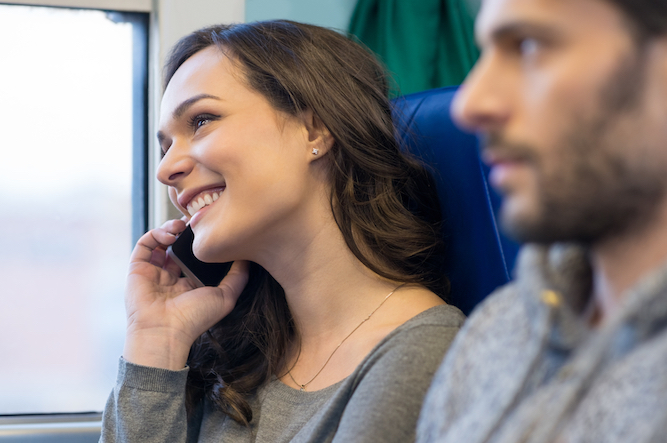 A WOMAN has decided that a crowded train with constantly dropping signal is the perfect location to loudly conduct a deeply private phone conversation.

Emma Bradford phoned best friend, Nikki Hollis, on her commute from West Hampstead to Borehamwood, to discuss her recent break up.

She said: “I should have seen it coming. We hadn’t had sex in months and the one time we tried he couldn’t get hard.

“I was thinking about it all at my smear test last week and… Nikki? Nikki are you still there? Hello? Nikki?

“Hey babe, sorry about that. Tunnel. Where was I? Oh yeah so she was inserting the speculum and I realised it was more action than I’d had in… Nikki? You there babe? Hello?

Fellow commuter Nathan Muir said: “I got off a stop early. Now I have to get an Uber home. It’s fine.”