'I go to gigs to hear myself talk, not to listen to the band'

THERE’S an alarming tendency at modern gigs for exuberant conversation among gig-goers to be drowned out by the music coming from the stage.

Call it rudeness, call it self-indulgence, but when I have paid sometimes in excess of £15 to attend a concert, I expect to be able to hear the sound of  me and my friends yelling to one another about the stuff that happened to us this week.

Having paid our money and located a good spot near the stage, I was annoyed to be put off by the strains of Van Morrison, who appeared to demand that we give him our undivided attention.

This seemed rude, considering I hadn’t finished my story about how I totally nailed it in a marketing meeting.

I go to gigs because it’s a great place to chat and I like to think of myself as the sort of person who goes to gigs.

Why won’t these so-called musicians respect that? 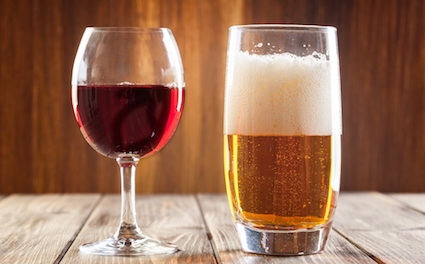 PARTICIPANTS in Dry January have confirmed that the end of the month has been moved forward from next week until 5pm this evening.

The technicality that there is an unspecified number of days to go is largely considered irrelevant because time passes faster once you can have a drink anyway.

“It was a long month, I don’t mind saying, but nonetheless I’m glad I did it. It’s important to prove you can do these thing. Willpower.

“But a month’s a month, that’s the deal.

“Probably I won’t go crazy. I might have one, but not more. I don’t have to. It’s just I could if I want and nobody can stop me, because that’s over now.”

Archer added: “I could call in at Bargain Booze on the way home. If nobody’s going the pub.”