Woman sure that drunkenly trimming her own fringe will end well

A WOMAN has made the drunken decision that she can trim her own fringe just as well as any fancy hairdresser.

Emma Bradford, who has been bothered by her unruly and overlong fringe for weeks now, assessed herself as fully competent to do the simple job using ordinary kitchen scissors.

She said: “This fucking thing has been in my face all night. I’m only going to take a tiny bit off. Where’s the spirit level?

“Sure, I could book an appointment with the hairdresser, but who needs her when I’m absolutely confident that I can totally smash it right now?

“I’m trained. I had a Girl’s World when I was a kid. Anyway, even if something goes wrong, which it won’t, it’ll just grow right back.

Bradford is next expected to be seen in public tomorrow morning, wearing a bandana and baseball cap on her way to an emergency appointment at Toni & Guy. 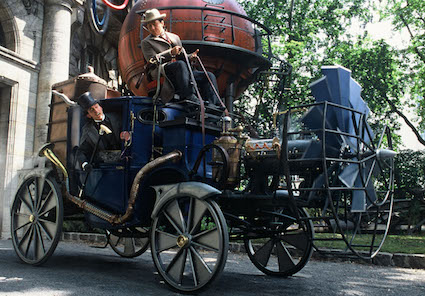 JACOB Rees-Mogg is to take over Britain at the head of a steampunk army.

The rebel MP is marching on London with 10,000 heavily armed steampunks and has ordered Theresa May to leave Downing Street or be blasted with an ornate bazooka.

He said: “With myself at the helm, we will forge a brave new nation of valves and pumps, of smoked-glass goggles and Tesla coils, of transatlantic tunnels and invincible British airships darkening European skies.

“Somewhere around 1900, our birthright as a nation was snatched from us. I propose to reset the calendar and do the last hundred years or so properly, with parliament returned to its advisory role and the monarch in absolute power.

“Don’t you want your sons to be the first to wear top hats on Mars? Your daughters waited on by a house-robot named Stevens who contains a fully-functioning pipe organ capable of playing eight different hymns?”

Political commentator Eleanor Shaw said: “This is easily the most coherent vision of post-Brexit Britain we’ve heard so far.”