As you already know, dear reader, all ice in the land is the property of a certain Lord C__, who demands that it be polished to such a state that he may toss items down it with precision.

A set of scrubbing girls, handpicked by Lord C__, are employed in the discipline of preparing the ice just the way he likes it.

II  A Story of Stone

Our chief scrubber, with arms as robust and hairy as a man’s thigh and eyes which constantly scream at one another for help, launches the massive shiny stone across the rink and shrieks directions in a language only it can understand.

But there is so much spittle frothing around her cavernous mouth that the stone is getting confused and veering wildly off course. The other scrubbers, who collectively boast three brooms and six jolly buttocks (but sadly cannot count past number eleven) are madly buffing every inch of ice as Lord C__ looks down on them with disgust.

III  A Story of Blood

The flag goes up for the gravest offense in curling: in her excitement, one of the scrubbers has done a little wee on the ice. Mayhem ensues. Our esteemed friends, Jane T__ and Christopher D__, invade the rink in an effort to lay down the law.

But alas they’re not as young as once they were: Mr D__ stumbles backwards, impaling himself onto the blade of Ms T__’s skate (dear reader, in the most unfortunate way). Many a young man has perished on the end of Ms T__’s blade, but Christopher D__ is an iceman of some experience and remains impressively buoyant. The pair, unable to disconnect, rise up like an unstoppable, nightmarish chimera. To rapturous applause, the blood-drenched beast begins victory laps, waving and punching the air. 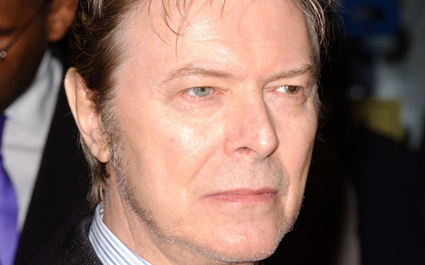 POP music is all about respect for previous generations, it has been confirmed.

After David Bowie received the Brit award for Best Male, younger musicians reaffirmed the importance of looking up to your parents’ or grandparents’ generation, doing what you’re told at all times and treating music as a career.

“That’s basically why popular music exists – so teenagers, especially punks, could express deep respect and gratitude for their forebears.

“It’s not like adolescents have ever wanted their own cultural identity or obnoxiously thought they knew best.”

She added: “Drink branded fizzy pop, get up early and work hard.”