I've been suffering from terrible constipation of late

I’ve been suffering from terrible constipation of late, interspersed with violent bouts of explosive diarrhea. It’s very embarrassing and slightly at odds with my teenage heart-throb status. Do you think I’m eating too many eggs?

Have you ever noticed that teachers never need to go to the toilet, ever? When was the last time you saw one coming out of a toilet cubicle, or excusing themselves from maths lessons? Weird huh? And they don’t go at playtime either because they’re endlessly stalking the corridors or the playground looking for naughty kids to reprimand. It’s like in their quest to be the ultimate teacher they have sacrificed a part of their humanity. Sophie Scruggs from year 10 says at teacher training college new teachers have to undergo a special operation to seal up their bumhole, thus ensuring they will never have to suddenly leave the classroom for a call of nature and risk returning to find some anonymous artist has drawn a massive willy on the blackboard. 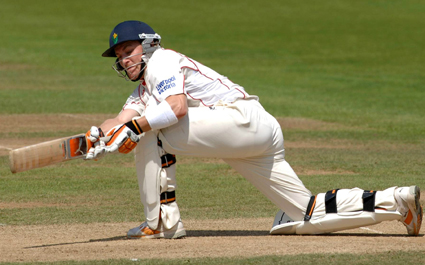 McCullums life-changing innings lasted a gruelling 13 minutes and saw him face nearly ten deliveries. He survived scares on zero and several times on one before finally bettering Martin Crowes record of two, which had stood since 1991.

He said: I wasnt thinking about making a big total. I just tried to keep my concentration, which isnt easy when youre out there for nearly a quarter of an hour.

Im trying to stay humble, but its hard to imagine a score like three ever being beaten.

New Zealand have long been also-rans in international cricket, owing largely to the difficulty of finding eleven humans in a land occupied mostly by herbivores, orcs and rugby union players.