RETIRED army officers set up a controversial deal to supply the Royal Marines with £40 million-worth of Hello Kitty accessories.

The former officers exploited their connections in the trinket industry to provide regiments with stationery sets, diaries and purses. 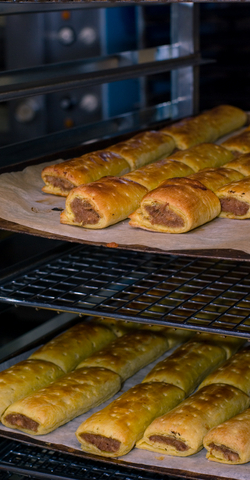 WAYNE Rooney has hit back at criticism of modern English footballers, saying he still has a massive appetite.

Rooney says that remarks levelled by Patrick Vieira have only served to fuel his hunger for delicious food.

He went on to cite jam tarts, trifle and Greggs’ Yum Yums as giving him the motivation and the desire to get up every morning, as well as to get up in the middle of the night when feeling peckish.

Rooney’s former colleague Gary Neville said, “What makes Rooney such a big player is that he really wants to lift silverware, especially if it’s a tray laden with fondant fancies.

“The mark of a truly great centre forward is the ability to finish, to put it away, and I’ve seen Wayne swallow a whole Swiss roll without it even touching the sides.”

Neville said that he was confident that within the next three years, Rooney could become Britain’s first 30 stone player.

Rooney also spoke about his love of football: They give you oranges at half time.

They have to be Terry’s chocolate oranges, mind. Otherwise I go into a massive sulk in the second half and get sent off.