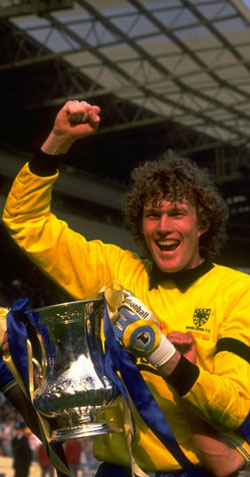 TEAMS relegated on the final day of the Premier League season will only be replaced by different ones, it has emerged.

West Ham, Birmingham City and Blackpool were all asked to play football next season in another league while three clubs from the league the relegated teams are going to will play 38 premier league matches over a nine-moth period.

They are then expected to once again swap places with West Ham, Birmingham City and Blackpool as football threatens to go on for ever and ever and ever.

Footballologist Wayne Hayes said: “These relegations would initially seem like a thinning-out of weak, dreadful football but instead the teams are replaced in blatant defiance of nature.

“We are tinkering with the very stuff of life here and – if we are lucky – we will live to regret it.”

He added: “I have now written to the Football Association demanding that the league gets smaller each year until there’s only one team left and we can all get on with our lives. Even if it turns out to be Manchester City.”

Hayes also attacked Uefa’s decision to stage another tournament in 2012 to establish who the best team in Europe is, despite the fact Spain won the World Cup less than a year ago.

He said: “It’s almost like they’re playing football for the sake of it. It sickens me.”

Meanwhile, Sky and the BBC are to send viewers a new set-top box in time for next season which will deliver pin-sharp, high definition images of everything except QPR boss Neil Warnock.

A BBC spokesman said: “It would be like thrusting a broken bottle in Britain’s weeping face.”