Engelbert Humperdink to represent Britain in the decathlon

Meteor was anti-Putin voters being fired into Atlantic 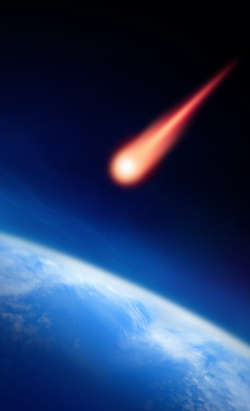 THE bright light spotted over Britain on Saturday was a bus full of activists opposed to Vladimir Putin.

Experts said the bright orange ball was most likely a 49ft long double-decker that would have been filled with Russian troublemakers and then fired from President Putin’s massive, secret cannon.

Julian Cook, professor of dissident ballistics at Roehampton University, said: “This is the same cannon which he will soon use to crush us.”

Astronomers expect regular anti-Putin showers over the next few weeks as the Earth moves closer to the vernal equinox and Putin rounds-up everyone who does not find him sexually devastating.

Cook added: “People in the north of Scotland could see two or three flaming buses a night. How magnificent it will be to witness these celestial chariots arcing their way high over the Baltic sea.

“With a decent pair of binoculars and a clear sky you may even catch a glimpse of the people inside the bus and their defeated expressions.”

Putin was re-elected with 257% of the vote and immediately pledged to be strong, bad-tempered and immensely ruthless in the interests of all Russians, whether they voted for him or were exercising their democratic right to be at the bottom of the Atlantic.

The normally invincible leader then broke down in tears after an aid whispered to him that his cannon had worked perfectly and he was now unstoppable.