I will be prime minister by age of 40, insists Heseltine

“I’ll challenge Thatcher if I have to,” very old man tells invisible friends 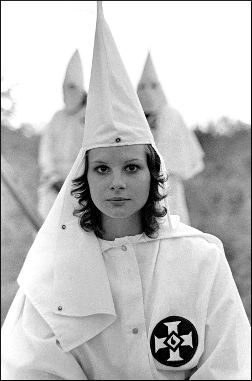 HOLYWOOD is to remake Mississippi Burning set in a variety of premier league football grounds.

Director Alan Parker has cast Jim Broadbent and Dame Judie Dench as two FA officials charged with investigating the disappearance from football of anybody you would not cheerfully punch all day.

They have to overcome a wall of silence when visiting grounds like the Emirates or Old Trafford, with the straight-laced Broadbent eventually allowing Dench to bend the rules by using tactics she learned in her former life as a member of the ICF.

Parker said: “We want to capture that tumultuous period in history when non-white football players fought for their basic human rights, otherwise known as two weeks ago.

“We’ve thrown in lots of period detail, like Silvio Berlusconi resigning and Johnny still being in the X Factor, while the soundtrack will feature all of those hits from early November, like that one that my granddaughter plays in the car all the time that sounds like a chipmunk being fucked in the ear.”

The PFA has complained that the film typecasts all of its members as bigoted hillbillies with a violent hatred of racial minorities, claiming the true figure is nearer to 60-70% and that foreign players coming home to find their lawn on fire is at its lowest since records began.

They also insist the sequence where an unnamed England captain hurls abuse at his own reflection in a tinted mirror and later claims he was asking it for directions to a place called ‘Rucking Trigger’ have been taken out of context.

Parker added “In 30 years’ time people will watch this film and ask their parents whether there really was a time when a player would abuse Patrice Evra because of the colour of his skin and not just because he was an arse.”