Some of my best friends are fat millionaires, says Blatter

FIFA president says future rows about racist abuse should be settled by players getting together in a yacht moored off the coast of Capri over a 19-course lunch. 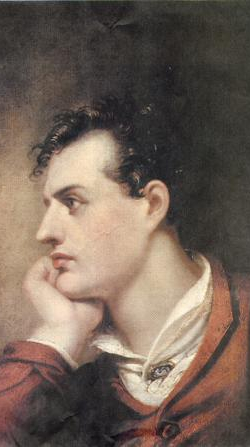 NEXT year I shall be reviving the lost tradition of the Grand Tour Of Europe, with my route taking me to every town in which Lord Byron managed to impregnate a member of the local aristocracy while writing his greatest work An Ode To Scuttling A Duchess.

The man who sees to my hedge has commented that other people are hoping to sally forth into Europe next year for a footballing tourney he seems remarkably animated about.

Republic of Ireland (Beat Estonia 5-1 on aggregate)
Wilde,
Joyce, Yeats, Dana… the list is truly staggering, especially when one
considers that they are employing English as their second language, if
the conversations with my lawn man are any judge.

It has garnered
something of a reputation as a wildly romantic country but I remember
Iris Murdoch once telling me that she lost two toes to frostbite
following a bunk-up in a turnip field outside Cork in February, which
hardly fills one with the divine spark.

Portugal (Beat Bosnia-Herzegovina 6-2 on aggregate)
I have always felt a pang of pity for Portugal, clinging as it does onto the side of Spain in much the same way I clung on to my love of Brecht long after it became socially unacceptable.

Its contribution to the art world has been similarly weak and dribbly of nose, with the only significant work being Manuel Rego’s 1927 watercolour No, I’m Not Spanish, You Arsehole, which depicts a swarthy gentleman slapping the phrasebook out of the hands of a tourist.

Croatia (Beat Turkey 3-0 on aggregate)
Many battles have been fought for the independence of Croatia, so I was disappointed to discover, on visiting Zagreb in 1995 that they have yet to install any antiquarian booksellers of note.

The nearest they appeared to manage was a wheelbarrow in the town square with 4,000 remaindered copies of my history of lavatorial porcelain through the ages called A Pot To Piss In. I offered to sign some copies to increase their value and my guide told me the wheelbarrow vendor offered to show his gratitude by breaking my elbows. A local custom, I believe.

Czech Republic (Beat Montenegro 3-0 on aggregate)
See above, but use the words ‘Prague’, ‘copies of my biography of Christopher Marlowe’s spaniel’ and ‘insert a wheelbarrow handle into me’ where appropriate.