A MAN who is too young to know what a bad hangover actually feels like thinks he is experiencing one.

Joshua Hudson, aged 20, has woken up from a night of binge-drinking wine, beer and mixed spirits with a headache, yet is acting as if he is living through the room-spinning nausea of the proper hangovers which real adults endure.

He said: “Christ. What time did I get to bed? I can’t have had more than eight hours undisturbed sleep. And I feel a bit sick. Hangovers don’t come much worse than this.

“Hopefully the full English breakfast my mum’s cooking me will soak up some of the damage, although I reckon it’ll be at least a couple of hours until I’m feeling 100 per cent like I can handle a pint again. Curse this apocalyptic hangover.

“Now I know why hungover people say they’re ‘never drinking again’ and wear sunglasses to block out dazzling lights. It’s because, like me, they have a bit of a dicky tummy and have to lie in bed watching Squid Game on their phones until mid-afternoon.”

Joshua’s dad Tom, aged 52, added: “Proper hangovers don’t start to kick in until your thirties. When Josh goes through one, he’ll finally be a man. A broken, retching shell of a man.”

Woman on terrible date has fingers crossed she'll be ghosted 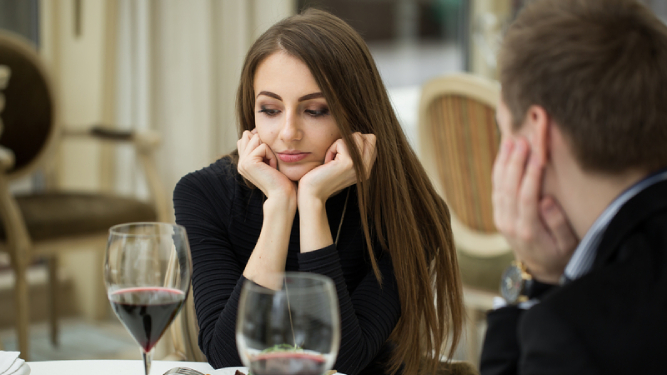 A WOMAN on a terrible date with a dickhead is secretly hoping she is playing this well enough for a ghosting.

An hour into an awful date with Oliver O’Connor, Sophie Rodriguez already hopes he brutally cuts contact with her and blocks all her accounts, leaving her world without even a single trace of him.

Shaw said: “He sent his steak back to the kitchen, told me about his ex’s new boyfriend’s million-pound house and car, and the only question he asked me was ‘I suppose you work in an office?’ I’ve never wanted anyone to disappear without a trace more in my life.

“I don’t care when or how he ghosts me, but the sooner the better. He could leave between courses as long as he pays the bill. I’d be eternally grateful to the piece of shit.

“I’ve got to nudge him in the right direction. Bad table manners, mentioning I’m a feminist, dropping in that I’m on bail for drug offences. That should do it.

“Either that, or he’s exactly the kind of wanker who’d ghost you the same night you slept with him. Worth a thought.”

O’Connor said: “It was a real grind for the first hour and I was thinking of bailing, but when Eleanor said she’s high-maintenance, emotionally unstable and has daddy issues I decided she was a real keeper.”