Evil bastard loves telling you how drunk you were last night

A COMPLETE bastard enjoys nothing more than explaining what a wasted dick you were the night before.

Knobhead housemate Tom Logan gets a sick kick out of telling you exactly where and how many times you embarrassed yourself last night while you wrestle with the debilitating effects of a brutal hangover.

Logan said: “I’ll warm up by saying ‘I bet you’re feeling hanging today’ in a smug voice as you blearily stagger to the bathroom looking for some paracetamol, before reeling off the vast amount of drinks you had.

“The very thought of all those shots will make you want to do a sambuca sick down yourself, but I won’t read the room and will carry on listing them regardless. Don’t want you to forget those tequila slammers now, do we?

“As your face turns from white to green, I’ll move on to all the mortifying shit you did like dancing on the tables and making a failed pass at your mate’s sister while he was right there. I could be making all this up but you’d never know.

“To finish off I’ll give you a hearty slap on the back and offer you a beer. Watching you wince and shudder is the highlight of my week. It’s my sport.”

Friend Emma Howard said: “Once you’re recovered let’s get Tom totally shitfaced and see how he likes someone filling in the blanks. I’m sure he’ll appreciate it and find it just as f**king hilarious.” 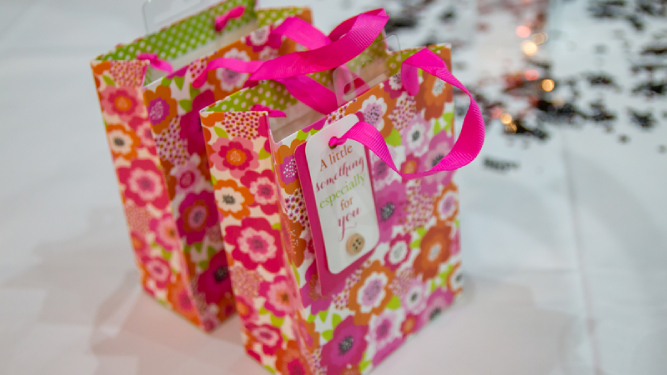 PARTY bags are nothing more than sacks of useless shit. Here are their crappy contents, and the order you’ll secretly bin them:

The worst gift for a child hopped-up on cake icing is this so-called musical instrument that produces a harsh, penetrating buzz. Chuck it out of the car window on the way home and blame its flight to the road on a freak gust of wind. Then reverse over it just to be safe.

Live grenades have done less damage. Do not let the bouncy ball through the front door, otherwise you’ve only got yourself to blame when your kids and the dog chase it round the house in a game of ‘which valuable item can we smash first’. Spoiler: it’ll be your new 75-inch flatscreen.

The silent enemy. While the bouncy ball causes instant havoc, don’t delay in disposing of this shiny f**ker. Can lie dormant for years before being liberally sprinkled over the living room carpet right before guests are due to arrive. You’d think you could just hoover them up. You’d be mistaken.

Don’t let its name fool you. Instead of smoothly slinking down the stairs after a light nudge, this cheap plastic coil will only manage one step before lying in wait to trip you up. Throw it away now before it gets tangled around your ankles and sends you to A&E with a fractured elbow.

The yo-yo is a comparatively minor threat to your hard and soft furnishings, but has the potential to ruin your dignity. No child deserves to watch their parent angrily rewind the string for the fourteenth time as they mutter ‘this is different to the one I used to have’ under their breath. Bin.

The virtue-signaller of the party bag. Parents only throw in shrivelled grapes as damage control because they don’t want to get dirty looks at the school gates. Your kids know they taste disgusting so they’ll bin them for you. Not even the Minions on the box can save them.