How to safely binge-drink through a heatwave

THE only way to survive this terrible heat is to be too pissed to care. Here’s how to get through the hottest week of the year hammered:

A pint of red first thing might kill your hangover, but you’ll be vomiting in the gutter before it even gets properly baking so pace yourself. Have a can as soon as you wake up and then one on the hour every hour until you’re ready for that siesta at midday.

It’s far too hot for that BBQ you were planning, so just eat all the food you bought for it in one sitting. Nothing prepares you for a day on the booze like twenty wholemeal baps and five packets of Pom-Bears.

Put loads of ice in your drink

Dumping an entire tray’s worth of ice cubes into your glass will keep you cool in this disgraceful heat. It will also mean you’re sensibly taking water with your quarter-bottle of Glen’s vodka and Londis cola, like a sophisticated continental drinker at a Parisian cafe.

Moving around in this heat when you’re a six-pack deep is inadvisable. Find a place to sit, preferably near a fan, and stay as utterly and completely still as you can for health reasons. Make sure to bring two carrier bags of bottles and cans.

It’s so tempting, when you’re slurring your words and seeing double, to give it a bit of a rest until your head stops spinning. Tempting – and fatal for your session. Even when you’re at the supermarket picking up more supplies drain a couple of tins of mojito on your way round and scan the empties. It’s legal.

This is the one time of year where everyone gets to be a lightweight, so enjoy being absolutely hammered after half a glass of Pimms. It’s like being a teenager again, except now you can buy WKDs whenever you want and indeed use them as a mixer.

Advanced ancient civilisations and the telly they would have loved 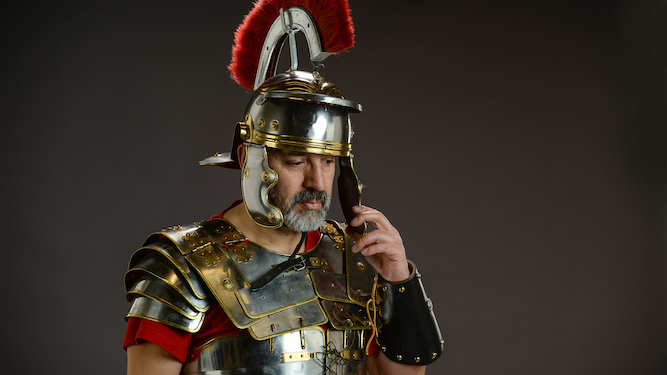 HISTORIANS love telling us 5,000-year-old civilisations were more advanced than we’ll ever be. But did they have telly? No. This is what they would have binge-watched:

2,000 years ago the Chinese had already invented pretty much everything, from printing to toilet paper to kites. So they’d love The Apprentice, marvelling as corporate dickheads reinvent athletic equipment or try to sell a pink breakfast cereal to the over-50s.

Most famous for the pyramids, Egyptians were very forward-thinking in their knowledge of anatomy and practical treatments. They’d lap up Casualty, where this knowledge would be put to the test as coaches drive over cliffs and men get impaled on lead pipes.

Leading the way for modern foodstuffs by cultivating staple crops of maize, beans, squash, and chili pepper, the Mayans would be hugely invested in an episode of Ramsey’s Kitchen Nightmares, cheering on the four-letter hero as he yells at a restaurant burning their crops and demanding a human sacrifice to finish.

Homer claimed to be the master of the epic, but 15,693 lines of the Iliad is nothing compared to 10,000+ hours and counting of Coronation Street. They wouldn’t have had to bother with philosophy and geometry and shit if they’d had a decent soap to follow.

An advanced, peaceful civilisation that flourished without inventing the wheel, they would have loved the shit out of Top Gear and positively cheered as McGuinness and the lads pulled donuts around Machu Picchu. Would also have been well into any straight-to-DVD Danny Dyer gangster movie.

The exact location and time period when Atlantis ruled the world is still debated, but as a city surrounded by sea dedicated to the highest intellectual pursuits, they would go absolutely apeshit for Love Island. When they sank beneath the waves they’d be so fixated on whether AJ would get evicted they wouldn’t even notice.