Is it your fault that last round cost £36 f**king quid? Take our quiz

THE drinks are in but the twat who paid for them looks f**king livid. Find out if their rage is your fault:

Who are you ordering for?

A) Just me, because I am a reasonable person.
B) Just me, and a couple of mates who will be along in a bit. And their partners and apparently Crazy Phil might be coming, and he likes a large one.

What size drink did you ask for?

A) A half. I can always get a pint myself later.
B) A yard. It comes in a f**k off massive beer flute, which I think looks really cool and not at all twatty.

What is the alcohol percentage?

A) Zero. I’ve given up booze for Lent. A lime and soda only costs a quid.
B) It’s in the mid twenties. That’s normal for 250ml of natural, organic wine though.

Is your drink from an independent brewery?

A) No. Unless Copella moonlights as an independent brewery.
B) Yes. It’s made in very small batches by an artisanal brewer in a remote Icelandic village and imported at enormous expense. But you can really taste the glacier melt, so it’s worth the extra.

Did you ask for snacks?

A) Not this time. I’m trying to lose weight.
B) Of course. Four bags of crisps and some pistachio nuts. They’re all for me, not the table. Try to make me share and I will deck you.

Mostly As: Congratulations, you aren’t the scumbag who’s to blame for this expensive round. Although if you’ve asked for a half pint of cloudy apple juice then what the f**k are you even doing here? Piss off and make room for someone who’s actually fun to go to the pub with.

Mostly Bs: So you’re the dickhead behind this pricey round. Everyone hates you right now, but you’ll be completely twatted in half an hour so they will exact their revenge by using you to buy drinks for the rest of the night. You will wake up to a nasty text from your bank saying you’ve rinsed your overdraft. 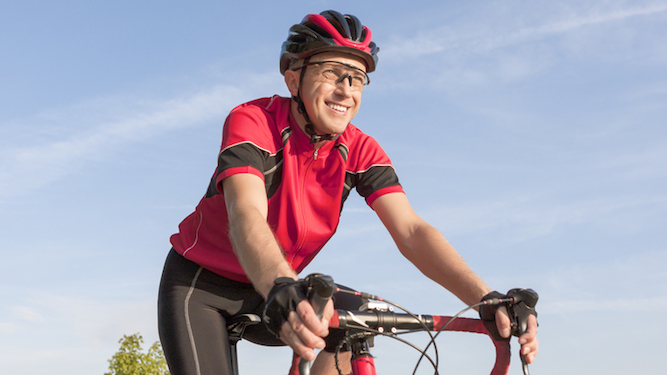 A CYCLIST travelling along country lanes has achieved a new personal best by creating an incredible 64-car queue behind him.

Julian Cook, aged 36, admitted that he had hoped to beat his own record but had never expected to smash it by more than 30 cars.

He said: “I’d planned my route carefully, of course. All country lanes, all nice and narrow, all popular shortcuts on sat nav. It’s a nice sunny weekend but honestly I hadn’t set my goals beyond 20 cars and maybe a tractor.

“When I was climbing the hills I could tell I had a solid following because of the beeping, so I made sure to ride in the centre of the road so they could check out my lycra-clad arse pumping away as they crawled along in first gear.

“Just think of the number of pub meals booked I ruined, the number of National Trust visits cut short, the blood-boiling frustration that will have spoiled so many days out. All because of one heroic cyclist.

“I was so pleased I treated myself to a new bike. Which takes me to a new personal best of nine.”