A GROUP of lads are flying to Ibiza so late that they are lining up at the bar and sinking pints at a perfectly acceptable hour to do so.

The men, aged between 19 and 26, are bitterly ashamed to be seen drinking so heavily in the airport when there is nothing unusual about it and claim their 4.40pm flight has ruined their holiday.

Apprentice plumber Nathan Muir said: “I’ve got three lagers lined up, the afternoon sun’s slanting through the glass and nobody’s paying me the slightest bit of attention. Bollocks to this.

“When we say the airport beers are the best bit of the holiday, we’re not f**king around. Six beers at 7am while other passengers pretend not to hear our ‘lads on tour’ chant? Bliss mate.

“It’s thrilling to drink in the morning. It’s statement drinking. Instead we’re sat like a bunch of old blokes in a Wetherspoons on a Tuesday afternoon. It’s depressing.

“When’s the flight back? After-bloody-noon? Right lads, we’re going to have to arrive at the airport eight hours early. This is a matter of pride.”

New 'Monopoly: Baby Boomer Edition' has a free house on every square 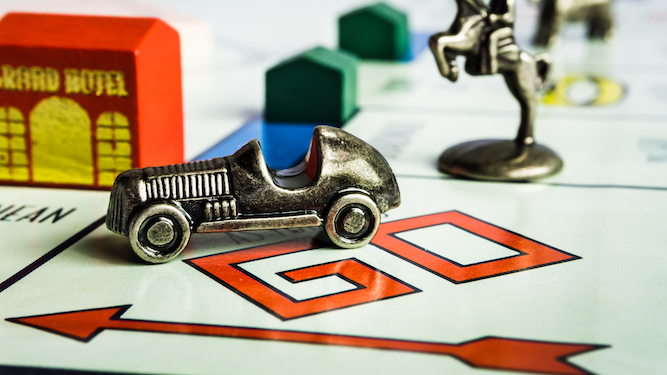 A NEW limited edition of Monopoly aimed at baby boomers gives them a free house on every square and £3,000 in pension cash whenever they pass Go.

68-year-old Roy Hobbs said: “I did bloody well to throw that double-six. I deserve a house on Whitehall.

“If these young ones want to do better they should try not landing on such expensive properties. No wonder half your salary’s gone in rent when you insist on landing on Bond Street.

“It’s like when Joan landed on Community Chest, and earned an instant £2,500 for writing a Telegraph column about how the kids today don’t make the effort. Too true.

“We worked hard our whole lives, so it’s only fair that everyone else gets shafted. That means board games, as well as the housing market, employment and, as of next year, European holidays.