Once-a-year drinkers to be mentored by seasoned piss artists

CHRISTMAS drinkers struggling to handle their alcohol intake are to be mentored by proper booze hounds.

The scheme will bring together normally abstemious workers peer-pressured into tequila slammers at the work party with regular afternoon drinkers who will guide them through the rough patches.

Mentor Tom Logan said: “We see some terrible sights at this time of year. Grown men asleep at 2.15pm after a single pint. The sales executive weeping after dropping her phone down the toilet. There’s no need for it.

“We begin in September, building up vulnerable drinkers’ tolerance with a handful of reckless midweek sessions that can cause moderate career damage.

“Then it’s all about the main event from mid December until that final afternoon-into-evening piss-up.”

Mary Fisher, from East Grinstead, said: “I get a bit giggly when I have a Bailey’s so they’ve teamed me up with Steve who drinks three pints at lunchtime. He always looks a bit glazed over. It’s nice.”

Fisher added: “When I say ‘giggly’ I mean ‘completely demented’.”

A guide to Bitcoin: The amazing investment based on dream gold invented by a wizard 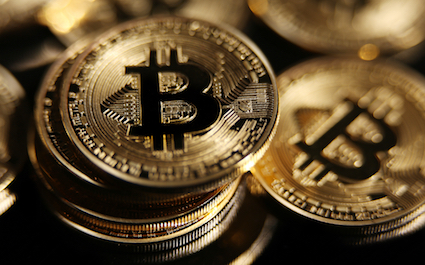 A FAT man lounging in an Essex hot tub has made enough money from bitcoin to retire. Now it’s your turn.

But what exactly is bitcoin, and why should you spend your life savings on it?

Simply put Bitcoin is dream gold, extracted from a fantasy numbers mine that can somehow be exchanged for actual money. It’s incredibly straightforward.

Yes, it’s overseen by Blockchain, the heavily-tattooed Russian gangster and former weightlifter who rules E Block like a rod of iron. Nobody fucks with Blockchain. The last guy who did, oh man.

Satoshi Nakamoto, a mysterious figure variously thought to be Tesla boss Elon Musk, Neighbours actor Alan Dale, late rapper Biggie Smalls but is more likely to be Gandalf the Grey or Merlin. So far, the only verifiable fact about Nakamoto is that he was a playable character in Super Smash Bros Melee on the Nintendo Gamecube.

Should I trust it?

When the alternative is trusting a load of corrupt City bastards who gambled away billions of your money in 2008 and got away scot-free, why the fuck not?

But how can a dream be real?

If you believe in yourself.

So should I invest?