A GROUP of Prosecco drinkers and a group of Frosty Jack drinkers have deeply resented each others’ presence in a public park.

The drinkers, despite having no other plan for the day but to get hammered outside, are each convinced of their own superiority.

PR consultant Francesca Johnson said: “Look at them, with their dogs and their smelly clothes and their plastic bottles of cider.

“We’re just trying to have a lovely time, which is why we brought a small hamper of food and 12 litres of Prosecco between six of us.”

Meanwhile, Frosty Jack devotee Stephen Malley said: “Look at them, with their blanket and their Bluetooth speaker and their Serrano ham.

“We’re just trying to enjoy a few Jacks with the lads in our usual spot and these ponces swan in with their bottles of fizzy piss.”

By early evening, after drinking a combined 387 units of alcohol, both groups had concluded separately that Britain is in terminal decline and Feel it Still by Portugal. The Man was the song of the summer.

Tosspots get their frisbees out 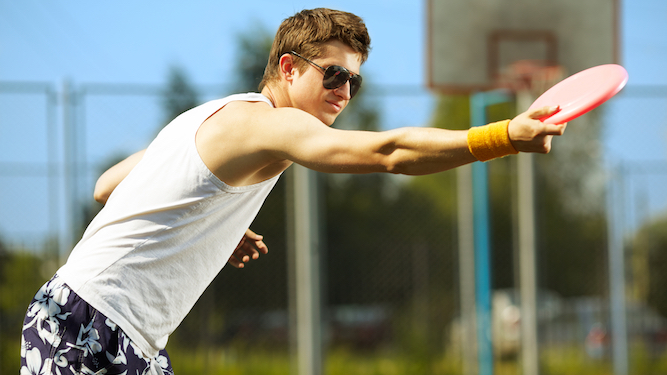 THE time has come to throw a plastic disc around, Britain’s tosspots have confirmed.

The bellends, who will pretend that hurling the frisbee is a proper game with points and winners, are hoping to ruin the day of up to 100 other people.

Tosspot Tom Booker, said: “We just love throwing this thing back and forward, laughing too loudly at nothing and stampeding through picnics.

“Kids try to join in and we don’t let them, it occasionally goes into traffic which we hold up, and if you’re an attractive woman then the centre of our ‘game’ will gravitate towards you.”

Fellow bellend Nathan Muir, added: “We shout ‘DUDE!’ right in the faces of people trying to have a sandwich. It’s tremendous fun.”