ARE you tempted to pop down to your local boozer for quiz night? Here’s why you should stay the f**k away:

The questions are shit

Your local’s not bothering to compose fun, interesting questions. They’ll simply have a thick volume of obscure trivia and will ask ‘What’s the capital of Tanzania?’ Which if you don’t know, you don’t know.

You actually just want to get pissed

Shortly after the triv begins you’ll remember you just fancied a few drinks and a laugh. Forget that. You are locked into a two-hour process of people intensely filling in forms and shushing you when you talk.

There are professional teams

Every pub quiz will have at least one team of porcine middle-aged nerds who know the atomic weight of Strontium and the year Franklin D. Roosevelt died. You can’t beat them, except you already have because you’ve had sex.

As players mutter quietly while trying to name Duran Duran’s All She Wants Is, a deathly silence will reign over the hostelry. Great if your idea of a good night is a pint at a funeral.

Pub trivia stakes aren’t high, at best £60 split between several people. Nonetheless f**kers will get on their mobiles to Google every question. It defeats the whole point and they’ll be disqualified, but they will at least have learnt what year The NeverEnding Story was released. (1984.)

You need the toilet

The regimented nature of pub quizzes means everyone goes to the toilet at the same time. This is painful, but at least you can eavesdrop on who won figure-skating gold at the 1976 Winter Olympics as you piss.

Even if you win, you’re the arsehole

This isn’t Slumdog Millionaire, where your answers come from your crazy life. The only way to win is to know dull-ass shit like the year the Suez Canal opened and the names of all Japan’s islands. That’s not stuff you pick up during a fun and fruitful existence. You lose.

Football only allowed home if it has a skilled job earning £47,110 a year, says Patel 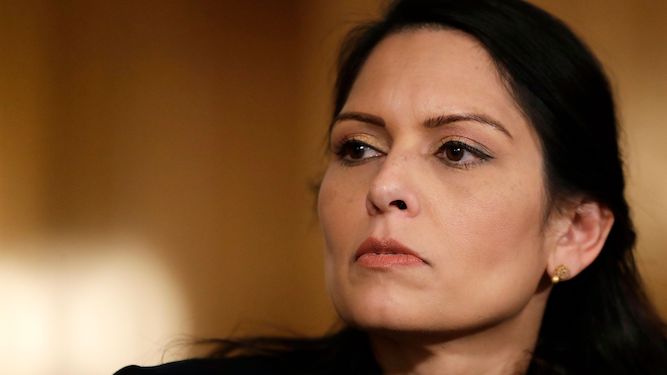 FOOTBALL will only be able to return to its country of origin if guaranteed a highly-skilled job worth £47,110 a year, the home secretary has confirmed.

Patel dashed the hopes and dreams of England supporters by revealing that football’s return to its homeland will be subject to a hostile environment and points-based immigration system.

She said: “We are a sovereign nation. Football chose to establish itself overseas and must face the consequences. If it wants to live here then it has to earn its keep.

“It must meet the salary and skills threshold, have a exemplary credit history, show a commitment to learning English and possess a clean criminal record. And frankly it doesn’t.

“I’m told it is a British-born subject, but the Windrush rules apply and without a birth certificate or passport we’ll have no choice but to deport football to Spain, Germany or Brazil where it has strong national ties.”

Patel added: “If football attempts to sneak home we will locate it and I get to watch it being dragged into a van while smirking in an embroidered jacket. That’s my favourite part of the job.”